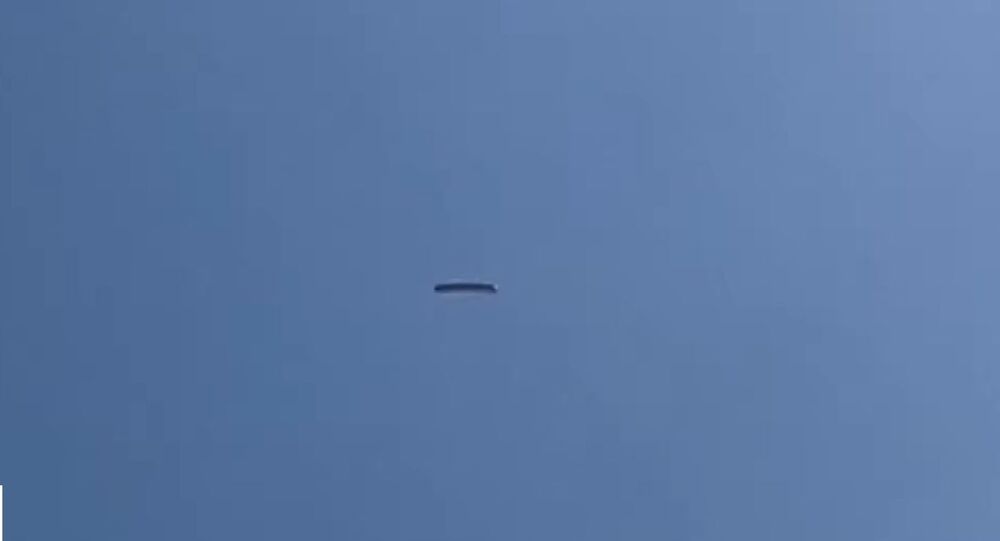 Various pictures and videos of unidentified snake-like objects in the skies across the United States and beyond have recently flooded social media. Netizens are baffled as to whether these UFO sightings are harbingers of a "real alien invasion". Retired US Marine Nick Karnaze has a very convincing theory, however, The Daily Star reports.

"It's interesting because if we're assuming that this could be a potentially classified government programme you'd expect it to be that those types of objects are restricted to certain areas", Karnaze, who served in Afghanistan as an intelligence officer, told The Daily Star.

According to the UK-based media outlet, Karnaze recently travelled around the world with other investigators to collect evidence to prove alien civilizations are in contact with Earth.

"But now that we have reports from various countries across the globe of witnesses seeing similar objects. For me, it indicates something potentially beyond a classified programme because, again, in the military community you're only going to be testing those classified programmes in certain areas", Karnaze suggested, cited by The Daily Star.

Karnaze admits that this particular UFO could be something "beyond" a classified military programme.

"If you're deploying that technology, you’re going to be very careful on where you're going to be deploying it to. The odds of you deploying that to a random country outside any open war zones or any present threat to the United States, to me, it would be very unusual [...] Ruling out classified military programs, it really allows one's imagination to run wild with what these objects could be", Karnazie added, cited by The Daily Star.

The first reports of mass sightings of the strange aerial phenomena emerged earlier this year, theUK-based media outlet said. A vlogger reportedly hoped to make routine recordings of reptilian life in the Mojave Desert in California, but instead caught mysterious cigar-shaped lights in the night sky.

The footage is not unique in social media. According to media reports, citing eyewitnesses, similar UFOs have been spotted all around the globe.