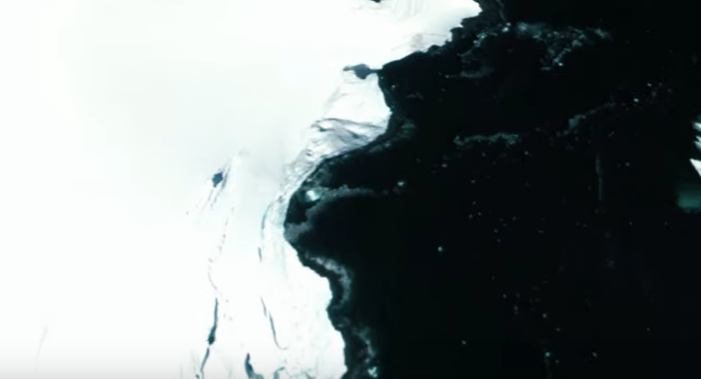 Antarctica has proven to be an inexhaustible source for many mysterious revelations from UFO hunters who have been trying to thoroughly analyse Google Earth images in order to prove the existence of extra-terrestrial life beyond the borders of our planet.

A video showing an alleged “flying saucer” docked in the waters of Antarctica as seen in Google Earth images has been circulating online, prompting speculation among UFO hunters about its alien origin.

The mysterious shining object was initially spotted by Argentinian researcher Marcelo Irazusta, who published a revelatory video on his YouTube channel, Planeta Snakedos, several months ago, but has only now grabbed the attention of UFO enthusiast from all over the world.

​The zoomed video shows a disc-shaped shinning object stuck in the snows of Graham Land of the Antarctic Peninsula, and according to Irazusta, despite being “very deceptive with a block of ice”, the discovery is “totally metallic”.

“In the images provided by Google Earth we can see a silver circular object that has nothing to do with the rest of the surface. It is clearly an artificial object and very similar to classic flying saucers”, Marcelo Irazusta noted.

Many UFO enthusiasts rushed to express their admiration for the discovery, suggesting that the object was at least 12 meters in diameter.

“Nice catch, it actually makes me wonder if some government officials are now scrambling to that location to remove the item”, one YouTube user commented on the video shared by UFOmania channel.

Many, however, argued that the image could be just the result of Pareidolia, which is a tendency to incorrectly percept stimulus as an object.

It is not the first, and probably not the last time, that Antarctica has been the centre of attention among UFO hunters, who have previously used Google Earth to discover an “alien-face” like structure in the region’s snows, which they believed clearly had a mouth, nose and eyes, and could have been left out for observers by extra-terrestrial creatures or even by an ancient civilisation.