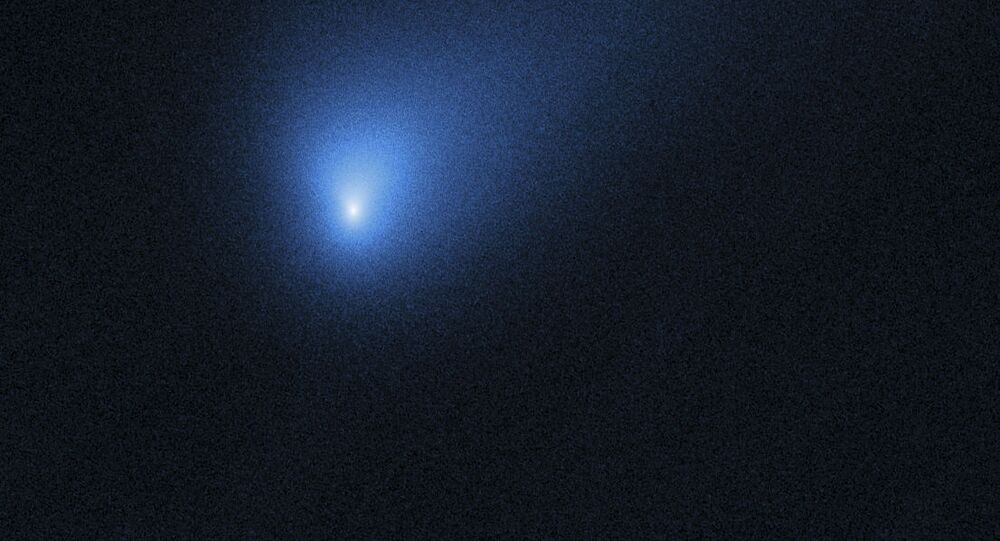 2I/Borisov was discovered by Russian engineer and telescope maker Gennadiy Borisov in August of 2019. The comet, including its tail and coma – a cloud of dust and gas, is 14 times bigger than Earth.

The first known interstellar comet to visit our solar system has a huge concentration of carbon monoxide, says a new study conducted by an international team of scientists led by researchers from NASA’s Goddard Space Flight Centre. Studying images captured by ALMA (Atacama Large Millimetre/submillimetre Array) telescope in Chile, scientists analysed the composition of 2I/Borisov. The findings were published in the journal Nature Astronomy.

"This is the first time we've ever looked inside a comet from outside our Solar System. It is dramatically different from most other comets we've seen before", said Martin Cordiner, a member of the research team.

Scientists say this surprising detail points to the fact that 2I/Borisov originated from an extremely cold star system. "The comet must have formed from material very rich in CO ice, which is only present at the lowest temperatures found in space, below -250 degrees Celsius ( -420 degrees Fahrenheit)”, said Dr Stefanie Milam.

Dr Cordiner said the ALMA telescope previously observed discs of dust and gas, which surround young low-mass stars, similar to the Sun. These discs, from which planets are formed, contain extremely cold gas and it is possible that 2I/Borisov originated there.

Another hypothesis was voiced by Dennis Bodewits from Auburn University in Alabama. Dr Bodewits and other US scientists have also studied the comet. He claims that it could have originated around a red dwarf star.

As to how 2I/Borisov ended it up in our Solar system, astronomers say it is likely that it was ejected from its star system due to an encounter with a passing star or a giant planet. The scientists say the celestial object spent millions or even billions of years hurtling through space before it was discovered in August 2019 by Russian engineer and telescope maker Gennadiy Borisov.

2I/Borisov is the second-known interstellar object to visit our solar system. The first was the cigar-shaped Oumumua, which prompted numerous scientific theories. The latest study claims Oumuamua was part of a destroyed planet.