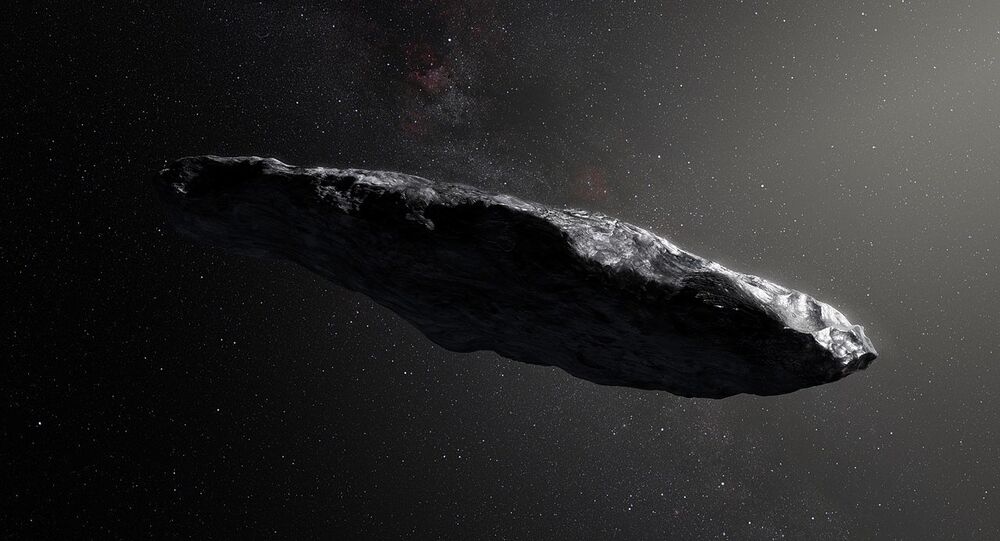 In 2017, scientists from the University of Hawaii at Manoa spotted an enigmatic celestial body that turned out to be the first known interstellar object passing through the Solar System. Because of its unusual origin, it earned the name Oumuamua, which in Hawaiian means “first distant messenger”.

Chinese scientists claim that the mysterious Oumuamua asteroid is a part of an Earth-sized exoplanet that was destroyed by its star. According to the study published in the journal Nature, the planet was ripped apart by tidal forces due to its close proximity to the star. The researchers say that during such a process, debris is ejected into interstellar space. Dr Yun Zhang, the study's lead author, says that this may explain why Oumumua has non-gravitational acceleration.

"If Oumuamua was produced and ejected in the way we suggest, plenty of residual water ice could be activated during its passage through the solar system. The resulting outgassing would cause accelerations that match Oumuamua's comet-like trajectory", Dr Yun Zhang wrote.

Scientists say that the origin of Oumuamua may explain the asteroid’s unusual elongated shape, while researchers also say that the asteroid melted and reformed into a cigar-shaped object as it passed the star.

According to the Chinese scientists, Oumuamua is just the tip of the iceberg and that more interstellar objects will pass through our Solar System. "The discovery of Oumuamua implies that the population of rocky interstellar objects is much larger than we previously thought. On average, each planetary system should eject in total about a hundred trillion objects like Oumuamua", said Dr Zhang.