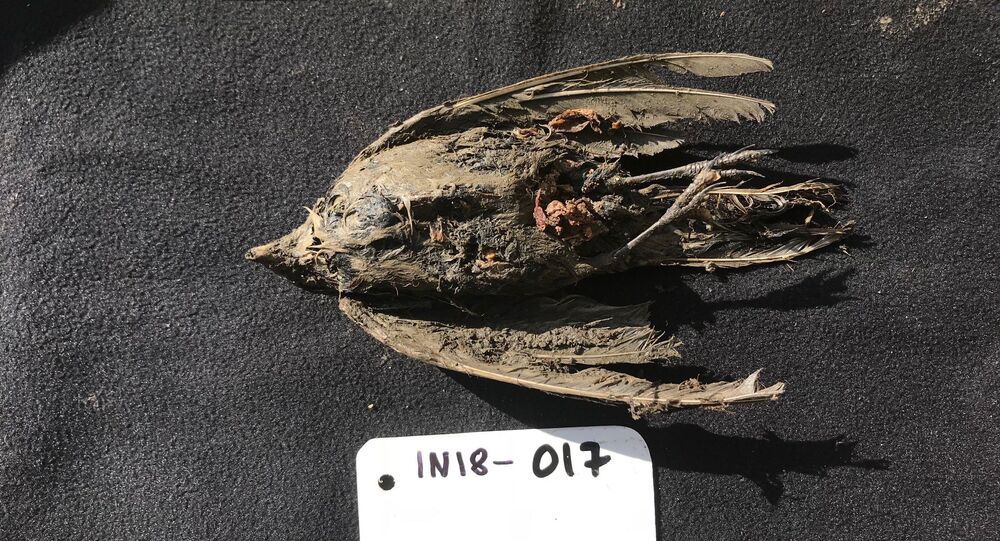 Scientists have previously found carcasses and body parts from other animals trapped in the permafrost, such as wolves and mammoths, with the findings hailed as "priceless" as they allow for the retrieval of DNA and on occasion RNA, a nucleic acid present in all living cells.

In a remarkable find, researchers have discovered an ancient bird frozen in the permafrost of Siberia dating to the last Ice Age.

Reported in the journal Communications Biology, the discovery was made by a team of local fossil ivory hunters in the village of Belaya Gora in Yakutia, northern Russia.

The find was passed on to scientists at the Centre for Palaeogenetics in Sweden, including Nicolas Dussex and Love Dalén from the Swedish Museum of Natural History, who carried out radiocarbon dating to reveal that the bird was alive approximately 44,000 to 49,000 years ago.

The conditions of permafrost have preserved the bird incredibly well, complete with feathers, nails, skin, and soft tissue, as the sub-zero temperatures are low enough to rule out most bacterial and fungal growth, while not being cold enough to damage the tissues.
Researchers believe this specimen might be the first-ever discovered frozen bird from the Ice Age.

The remarkable condition of the find makes it priceless for scientists seeking to study the genetics of ancient animals, as the DNA extracted from the carcass showed the bird was a species of passerine known as a horned lark (Eremophila alpestris).

The bird was most likely an ancestor of two different subspecies of horned lark that currently exist.

One of these inhabits northern Russia, while the other can be found in the Mongolian steppe.

"This finding implies that the climatic changes that took place at the end of the last Ice Age led to formation of new subspecies," Love Dalén was quoted by CNN as saying.

The next stage of the research will involve sequencing the bird's entire genome, which will hopefully shed light on its relationship to present day subspecies and estimate the rate of evolutionary change in larks in Eurasia.

"This in turn will open new opportunities to study the evolution of ice age fauna and understand their responses to climate change over the past 50-10 thousands of years ago," added Dussex.

While the current discovery of an Ice Age bird is a first, previously, researchers have found numerous other ancient creatures trapped in permafrost.

In 2019 the Centre for Palaeogenetics also studied the remains of a puppy that was discovered in the permafrost near the Indigirka River in Siberia.

Genome analyses shows it's a male. So we asked our Russian colleagues to name it...

Thus, the name of the puppy is Dogor!

​The ancient dog, which Dalén and Dussex are also studying, was also well-preserved despite being some 18,000 years old.