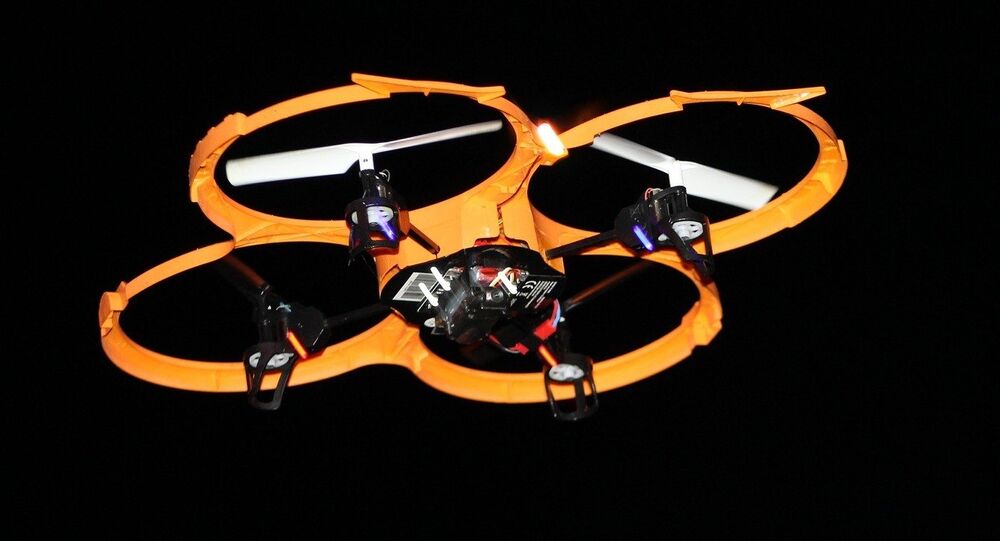 Over the past several months, people in Colorado have reportedly flooded authorities with information about large drones, raging through night sky there. Although local officials have said there is nothing unusual or criminal about them, commentators are not ready to leave it at that.

Former United States Air Force (USAF) intelligence expert Mike Turber has told the Daily Star that the mystery drones, spotted swarming over Colorado and Nebraska, might be top-notch US military technology. After studying the videos of the sightings, he concluded that “they very well could be these tic-tacs”, adding that he has “no inside knowledge of what these are and can’t really confirm anything".

“I’m guessing it’s Navy related. I’ve seen several videos that have gotten me into this. I’m a debunker and I’ve never jumped on the UFO bandwagon. But as I’m watching these videos, I’m seeing some objects that look a lot like a tic-tac would be. There’s one where an aircraft is zooming by at a ridiculous speed", he said about the enigmatic objects.

According to him, these might be the same objects as the ones sighted by US Navy pilots from the USS Nimitz in 2004.

Authorities from several counties in the two states met with an FAA task force several days ago to investigate sightings of dozens of drones in remote areas there after weeks of reports about drone clusters. Locals in rural areas of Nebraska and Colorado have grown worried about the increase in nighttime drone sightings over the past few weeks, which have spawned fears ranging from Mexican drug cartel jobs to alien surveillance.

“Maybe they’re testing something of theirs out in that area because it is very rural", Vic Moss, Denver-based co-owner of online drone school Drone U, told The Denver Post last month. “But everyone that I know of, they coordinate all that stuff with local authorities to prevent this very situation. They all very much want people to understand drones and not cause this kind of hysteria".

© CC0 / Pixabay
New Year, No Answers: US Officials Left Empty-Handed as Mysterious Drones Make Repeat Appearances
The authorities in Colorado have confirmed there is nothing unusual about these sightings, saying some of the objects spotted were smaller-sized hobby drones, stars, known commercial aircraft, or atmospheric conditions. However, those who flew the hobby drones, as well as four sightings, remain unidentified.

“We take every drone-sighting report seriously. Multiple FAA divisions are continuing to work closely with federal, state, and local stakeholders on this issue", he told the New York Post.