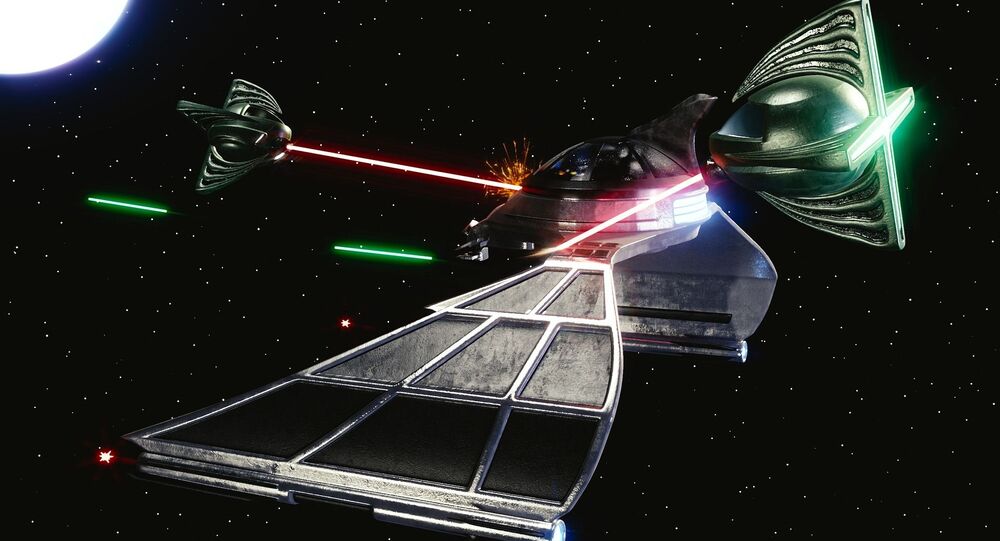 The Laser Interferometer Gravitational-Wave Observatory (LIGO) network of sensors designed specifically to detect gravitational waves has already detected at least two collisions of ultra-dense neutron stars, but has never picked up a phenomenon known as burst gravitational waves, until now.

The event, categorized as ‘S200114f’, produced a small, barely observable ‘pop’ upon detection some hundreds of light years from Earth.

Reacting to the news, excited science nerds began speculating about the source of the signal, with many wondering whether it was coming from Betelgeuse, a red supergiant star in the Orion constellation about 700 light years away which is one of the brightest visible stars in the night sky.

Users were divided about what the burst meant, with some reporting that Betelgeuse was now “visibly brighter” than Bellatrix, another bright star in the Orion constellation. Others even speculated that this means Betelgeuse may have gone supernova. “If and when it does, your evening sky is going to become very interesting for a while,” one user noted.

Just took a look outside as the clouds are clearing. Betelgeuse is visibly brighter than Bellatrix now, but has not gone supernova yet. Was that LIGO observation only “near Betelgeuse” in relative terms in its placement in our sky? Is the actual event way way further out?

The @LIGO/VIRGO has detected a burst of gravitational wave which origin is unknown. A lot of telescopes are going to observe this area of the sky to find out the source of this unusual event. #notalien #butmysterious https://t.co/EpFxDF1YN8

It's possible (though slim chance) the star Betelgeuse in the constellation of Orion may have gone Supernova. If and when it does, your evening sky is going to become very interesting for awhile.

Others let their imaginations run wild, wondering aloud whether the burst was a sign of “attack ships on fire” in a distant solar system. LIGO graciously responded, saying that scenario was “unlikely, unless they were very big and exploded,” but admitted that “we don’t have exact models for what that should look like.”

Unlikely, unless they were very big and exploded. However, we don't have exact models for what that should look like. Fortunately, we save all our data, it doesn't get lost like tears in rain, so we can check in the future if someone does the calculation

Other astronomers poured cold water on the Betelgeuse supernova theory, offering a number of scientific reasons why Betelgeuse wasn’t really blowing up.

The latest @LIGO alert near Orion is NOT related to #Betelgeuse. Remember, #gravitationalwave sources are mergers (collisions) of binary stars. #Betelgeuse is still up there ... doing something ... https://t.co/NKZiLzIgid pic.twitter.com/9BlJTACSbt

Because honestly Betelgeuse blowing up would be far more exciting than winning the lottery. Lottery winners happen every day. It has been 400 years since humans have seen a supernova in our galaxy, and I'm one of the best prepared people on the planet for it.

Ultimately, most astronomers remain cautious, indicating that the event may even have been a false alarm, with measurement errors of this kind said to take place once every quarter century or so. In any event, although LIGO did urge caution about jumping to conclusions about the event, they also noted that what’s been discovered could be “something completely new.”

This is an unknown source type. It need not be a supernova. We could be discovering something completely new. For now, this is only a candidate. We need to do many checks to be sure we have found a signal. Please stay tuned!