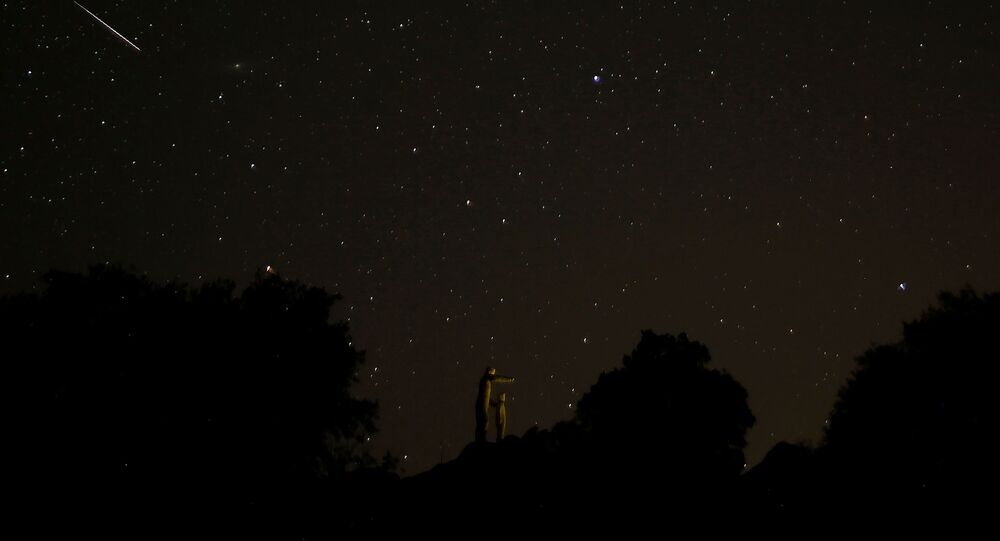 Although there have been an estimated 150,000 examples of vanishing lights known as "red transients" over several decades, astronomers are still struggling to explain the cause. The truth, thought by some to be 'out there', might change our understanding of astrophysics and universe, some researchers assert.

Vanishing and appearing lights spotted in the sky could be the "interstellar communication lasers" from a technically-developed civilization, a study paper published in the Astronomical Journal suggests.

“The implications of finding such objects extend from traditional astrophysics fields to the more exotic searches for evidence of technologically advanced civilisations,” the authors of “The Vanishing and Appearing Sources during a Century of Observations Project” noted.

The international team of researchers from the University of Stockholm has dedicated their work to the 'red transients', which astronomers have struggled for decades to explain. Apart from aliens, researchers also theorise that it could be vanishing stars.

"Finding an actually vanishing star - or a star that appears out of nowhere! - would be a precious discovery and certainly would include new astrophysics beyond the one we know of today," project leader Beatriz Villarroel said, cited by Fox News, while colleague Martin López Corredoira added, "We believe that they are natural, if somewhat extreme, astrophysical sources."

López Corredoira also pointed out that “none of these events have shown any direct signs of being ETI (extra-terrestrial intelligence).”

There have been an estimated 150,000 examples of these transients over past decades, their blinking behavior remains a scientific mystery.

© Photo : NASA/JPL-Caltech/STScI/CXC/SAO
Scientists Find Runaway ‘Zombie Stars’ That May Hold Key to Post-Supernova Event
Most dying stars are known to gradually change into a white dwarf or become a supernova; and appearing and disappearing might mean that an entirely different process is occurring. Astronomers suggest that it could be the “impossible phenomenon” of a “failed supernovae,” when a massive star collapses into a black hole. While the theory has been put forward, the truth yet remains a mystery.
...
Reddit
Google+
Blogger
Pinterest
StumbleUpon
Telegram
WhatsApp
91