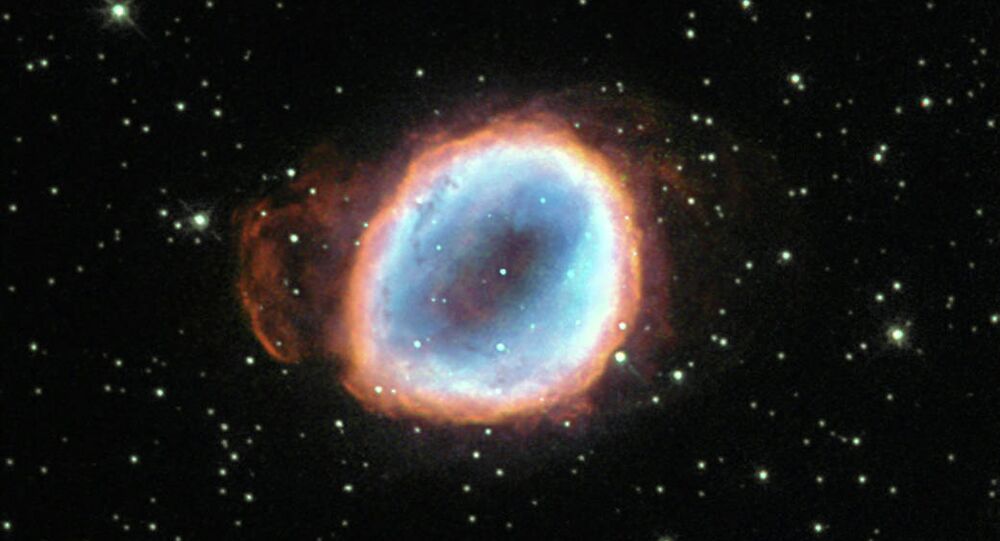 The Hubble Telescope has captured a stunning image of a dying star’s final moments, as it exudes wisps of blue and orange into outer space before transforming into a white dwarf.

© Flickr / Hubble Heritage
Hubble Telescope Captures First Images of Migrating White Dwarf Stars
The image, released on NASA’s website this week, shows the star radiate light outwards as it slowly expires. While the star’s demise may be slow by our standards, in this case lasting tens of thousands of years, the process is a mere blink of an eye in the cosmological timescale.

While slow, the star’s demise releases deep blue light encircled with an orange hue in a breathtaking cosmic display. This explosive final stage of a star’s life is known as a planetary nebula. Named NGC 6565, this particular nebula began when a gas cloud was ejected from the star as a result of strong stellar winds pushing its layers into outer space.

According to NASA and the European Space Agency (ESA), the ejection of the gas cloud left the star’s luminous core exposed to ultraviolet radiation. The interaction of this radiation with the surrounding gas releases the lights outwards, as captured by the Hubble, leading to the star’s inevitable death.

After thousands of years, the star’s center cools down and shrinks as it turns into a white dwarf. The star’s light subsequently weakens until it diminishes and fades from view.

Our own sun will likely expire in a similar planetary nebula thousands of years from now. The same orange and blue color lights can be seen in the images captured of the famous Ring Nebula, which lies 2,500 light years away from Earth.