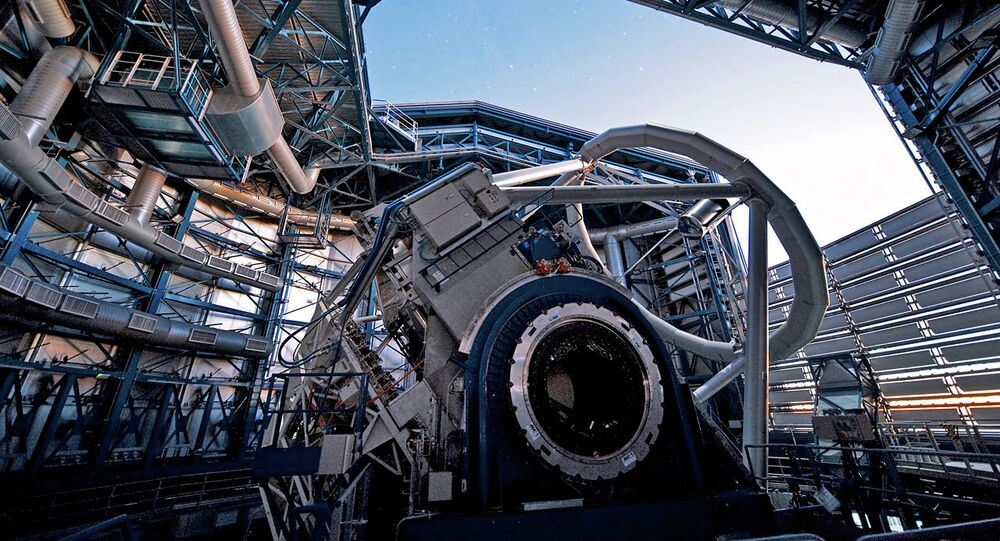 The newly discovered phenomenon, which was probably caused by a neighboring galaxy, revolutionizes the way the astronomers view the history of our own home galaxy – the Milky Way. The discovery was made possible by Earth’s most advanced telescope.

A stunning high-resolution image of the central region of our galaxy provided by the European Southern Observatory’s Very Large Telescope, located in Chile, reveals evidence of an ancient “star burst” event, which astronomers believe caused hundreds of thousands of supernovae in a relatively short time span, in galactic terms.

According to astronomers from the Institute of Astrophysics of Andalusia, Spain, the event took place about one billion years ago and followed a long period of inactivity. During the event, stars formed at an astonishingly fast rate, akin to so-called “starburst” galaxies.

“The conditions in the studied region during this burst of activity must have resembled those in ‘starburst’ galaxies, which form stars at rates of more than 100 solar masses per year,” said Francisco Nogueras-Lara of the Max Planck Institute for Astronomy in Germany.

By comparison, about one or two solar masses stars are currently forming each year.

“This burst of activity, which must have resulted in the explosion of more than a hundred thousand supernovae, was probably one of the most energetic events in the whole history of the Milky Way,” Nogueras-Lara stated.

ESO’s Very Large Telescope (VLT) has observed the central part of the Milky Way with spectacular resolution and uncovered new details about the history of star birth in our galaxy.

​The discovery rewrites the history of the Milky Way as astronomers know it, the Daily Mail report says.

According to earlier theories, stars in our galaxy formed continuously. However, new studies suggest the vast majority of stars - about 80 percent – formed in the early days of the Milky Way, between some 8-13.5 billion years ago, followed by a long six-billion-year period of inactivity. Then, suddenly, the “starburst” event happened, causing massive star formation, and scientists believe a neighboring galaxy is to blame.

In their study, published in Nature Astronomy, the astronomers say the event was most likely caused by a gas inflow from the Sagittarius dwarf galaxy, which at the time was very close to our own. The gas, attracted from the bypassing galaxy, would have provided the material needed to produce stars at the accelerated rate.

The Very Large Telescope, launched in 1998, is made up of four main and four auxiliary optical telescopes united in a single array. According to European Southern Observatory say it is the world’s “most advanced optical instrument,” surpassed only by the space-based Hubble telescope.