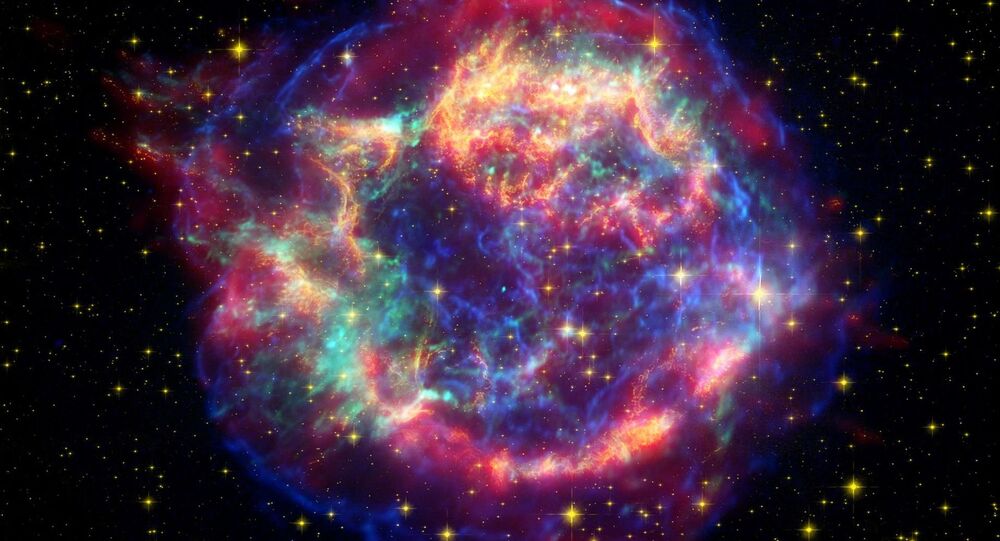 Astronomers have used careful measurements of star brightness originally gathered for spotting planets for a new purpose: guessing the age of our galaxy. After tracking “star-quakes,” they believe a more accurate estimate is that the Milky Way is 10 billion years old.

When NASA’s Kepler satellite was scouring the skies for exoplanets, it found them by carefully watching a star’s brightness for the telltale dimming caused by a planet passing in front of it. While Kepler’s mission is complete, the data it collected keeps on giving: a team of scientists led by researchers at the Sydney-based ARC Centre of Excellence for All Sky Astrophysics in Three Dimensions (ASTRO-3-D) have used the data to estimate star ages, and thus the galaxy’s birthdate, too.

Published in the Monthly Notices of the Royal Astronomical Society in October, their paper describes how star-quakes in stars in the Milky Way’s “thick disc” provided them with a more accurate estimate of the galaxy’s age: 10 billion years young.

"This finding clears up a mystery," lead author Dr. Sanjib Sharma from ASTRO-3-D and Australia's University of Sydney told Phys.org. "Earlier data about the age distribution of stars in the disc didn't agree with the models constructed to describe it, but no one knew where the error lay - in the data or the models. Now we're pretty sure we've found it."

Where they found it was in neutron stars, the ultra-dense cores of collapsed stars, and the violent periodical corrections to their wildly powerful magnetic fields.

"The quakes generate soundwaves inside the stars that make them ring, or vibrate," co-author Associate Professor Dennis Stello from ASTRO-3-D and the University of New South Wales, explained. "The frequencies produced tell us things about the stars' internal properties, including their age. It's a bit like identifying a violin as a Stradivarius by listening to the sound it makes."

The largest star-quake ever recorded, seen in the neutron star SGR 1806-20 on December 27, 2004, had a frequency of 94.5 Hertz -  a slightly flat F sharp, equivalent to the 22nd key on a piano, Space.com reported. In that moment, an intense flash of energy lasting one-tenth of a second released more energy than our Sun emits in 150,000 years.

Kepler was launched in 2009 and deactivated in late 2018, having discovered some 2,600 planets outside our Solar System. The second half of the satellite’s life following a breakdown was re-envisioned as “K2,” in which it used its remaining camera capability for wider observations than before, such as observing the moons of Neptune, the most distant planet in our own system.