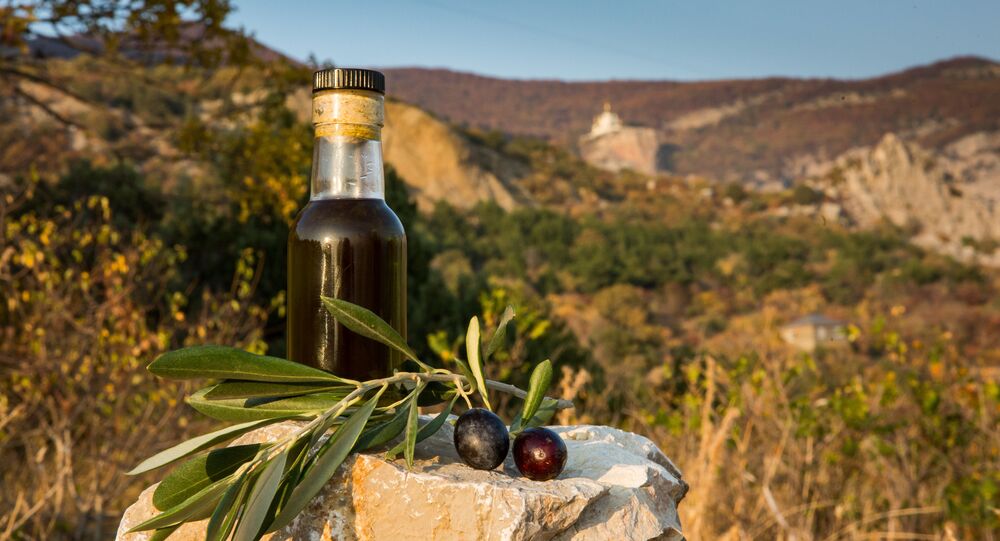 Agronomists from the Vernadsky Crimean Federal University have developed new methods for olive orchards and want to start producing olive oil in Crimea.

Crimea is practically the only Russian territory where laying out olive orchards for commercial purposes is possible, Mikhail Sergeev, vice-rector for international affairs at V.I. Vernadsky Crimean Federal University stated.

“Crimea is 99.9% the only Russian territory where it is possible to grow various species of olives and laying out olive orchards not for decorative, but for commercial purposes", Sergeev said.

According to him, the interest in olive oil production is growing in the Crimea, including from large holdings and producers.

“Olive is an interesting culture, because, for example, in Sochi, the total effective heat is quite favourable for it; there are no frosts that could interfere with flowering, but it’s too wet", Sergeev emphasised.

According to him, there are small olive plantations in the Crimea, but they were either planted long ago or according to an out-dated planting system, which basically implies only manual labour.

The university agronomists have already laid out a small olive grove in Foros using the modern method.

“They tried to do it with the thickened method, so that the trees grew close to each other, thereby trying to work out the technology and see how Crimean varieties of olives (mainly breeding of the Nikitsky Botanical Gardens) will do with this scheme. This is the only grove in Crimea laid out with this method", Sergeev said.

According to Sergeev, in the future the university hopes to attract interest from a new industry, wanting to develop a new branch in Russia – olive oil production. However, there are certain obstacles to this.

“So far, the range of olives is limited to the southern coast of Crimea, because this culture doesn’t withstand temperatures below -14 degrees. At the moment, there is a problem with land allocation for the development of the olive industry. There are methods to overcome these barriers, for example, the cultivation of frost-resistant varieties of olives… Another option is growing olives in sheltered soil", he said.