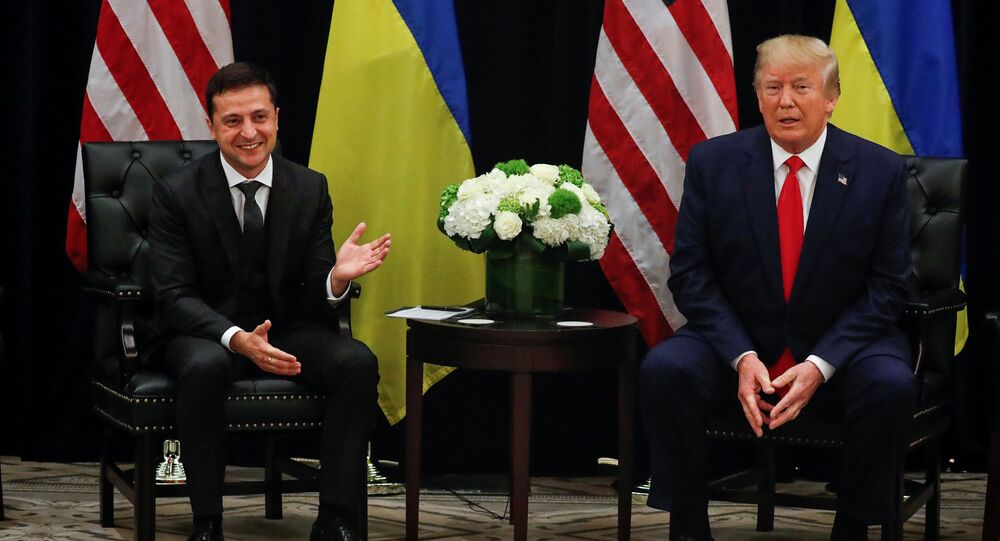 Ukrainian President Volodymyr Zelensky recently intensified contact with his American counterpart, with one of the most recent meetings taking place at the UN General Assembly on 25 September, where he raised the issue of the Crimean peninsula.

Ukrainian leader Volodymyr Zelensky is apparently relying on Trump's alleged promise to help Kiev get Crimea back, although there is little chance, according to Nicolai Petro, the Silvia-Chandley professor of peace studies and nonviolence and professor of political science at the University of Rhode Island. The educator indicated that the Ukrainian president is likely misled by Trump's response to his statement about the peninsula being "Ukrainian land".

"No promises were made. [Zelensky] thinks that Trump heard him and now agrees. Zelensky says Trump then told him, 'Yes, you will need to work, and we will help you.' Whether this was in the context of Crimea, of Ukraine, of corruption, or of something else entirely, is unclear", the professor said.

Petro further noted that even if Zelensky understood Trump correctly, the chances of the president actually helping with the matter are slim, as the impeachment efforts against Trump, recently initiated by Democrats, will likely succeed. Commenting on the latter, the professor noted that only two US presidents have been successfully impeached, but none removed from office. He added that with a Republican-controlled Senate, needed for the second impeachment phase, the initiative could fail.

House Democrats started formal impeachment hearings in light of a recently-published whistleblower allegations that Trump is abusing his powers. The author of the complaint claims, citing third-party witnesses, that the president "pressured" Zelensky to initiate an investigation into one of his possible 2020 election opponents, Joe Biden, who, in turn, is suspected of lobbying for the cessation of a probe into his son by Ukrainian authorities.

The White House version of the transcript of the conversation gives no clues, supporting claims that Trump used financial assistance for Ukraine as leverage, as Democrats suggest, or that POTUS devoted most of the talk to the Biden probe.