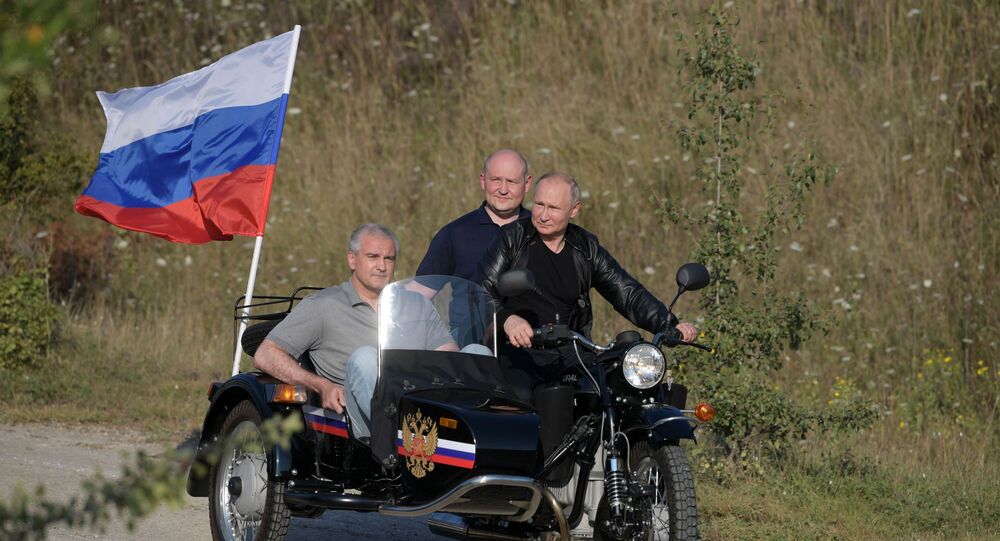 Russian President Vladimir Putin is known for his varied and extraordinary skills: he shoots guns, hunts, has a black belt in Karate, flies planes, and he rides bicycles.

His passengers were the head of Crimea Sergei Aksenov in a motorcycle carriage and interim Governor of Sevastopol Mikhail Razvozhaev. 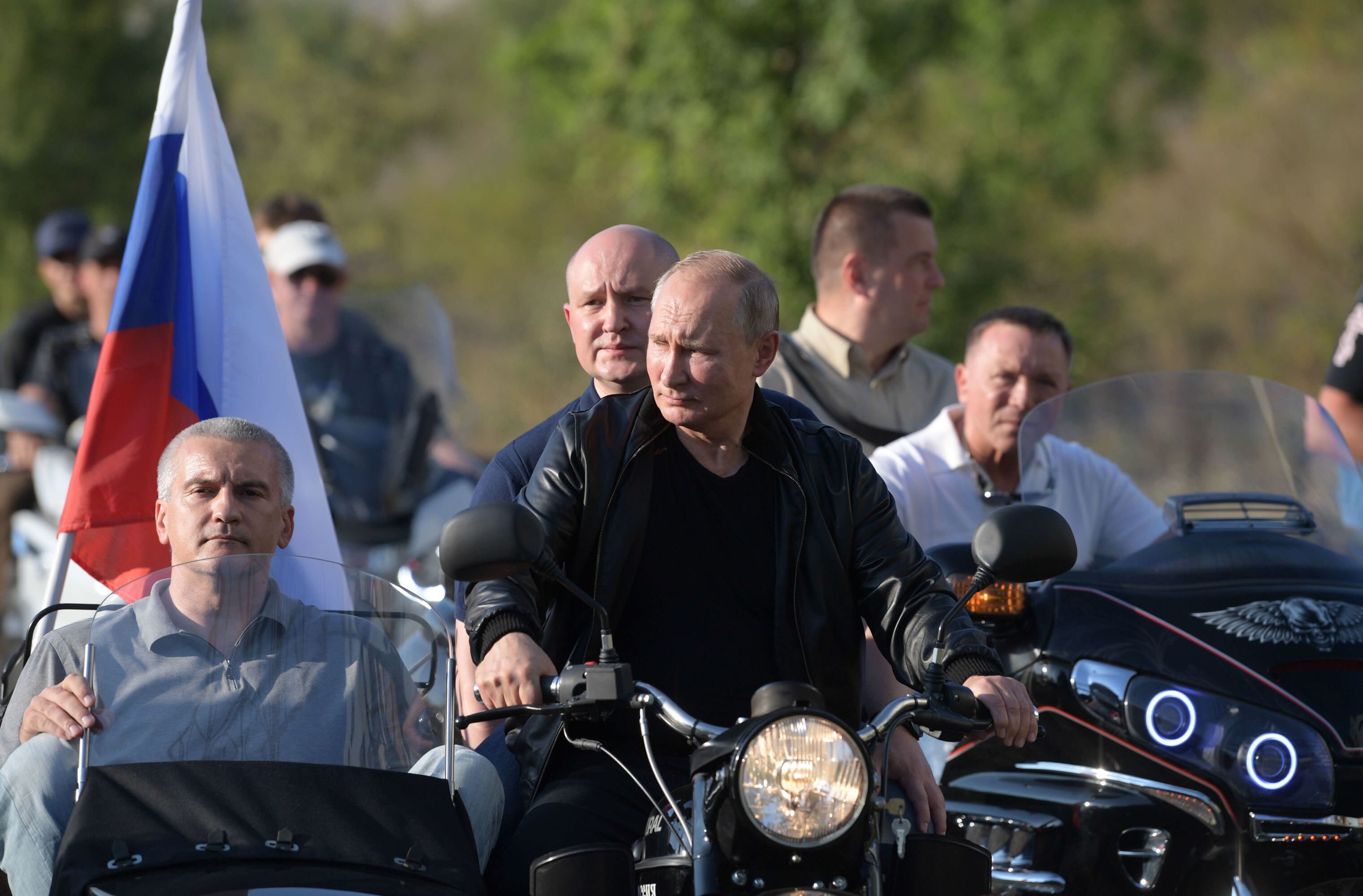 "I am very glad to see you all, it is very nice that you are continuing this tradition, which began ten years ago. I congratulate you on your decade and wish you the very best", Putin told bikers. 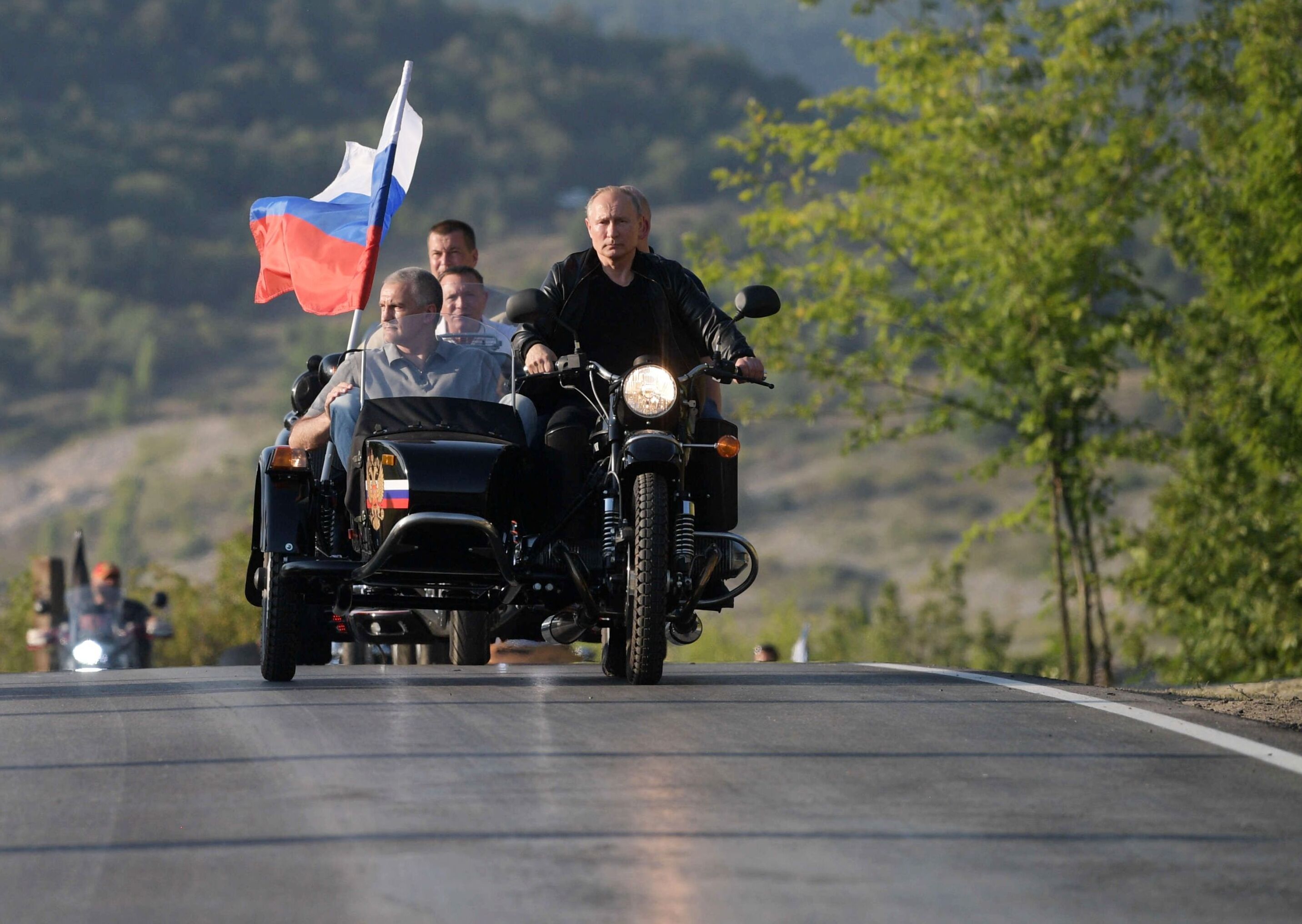 The motorcycle club Night Wolves' bike show “Shadow of Babylon” became the eleventh to be held on the Crimean Peninsula.

A few years ago, the Russian president also rode with the Night Wolves in the motorcycle show and led the group.

Putin Rides with the Night Wolves