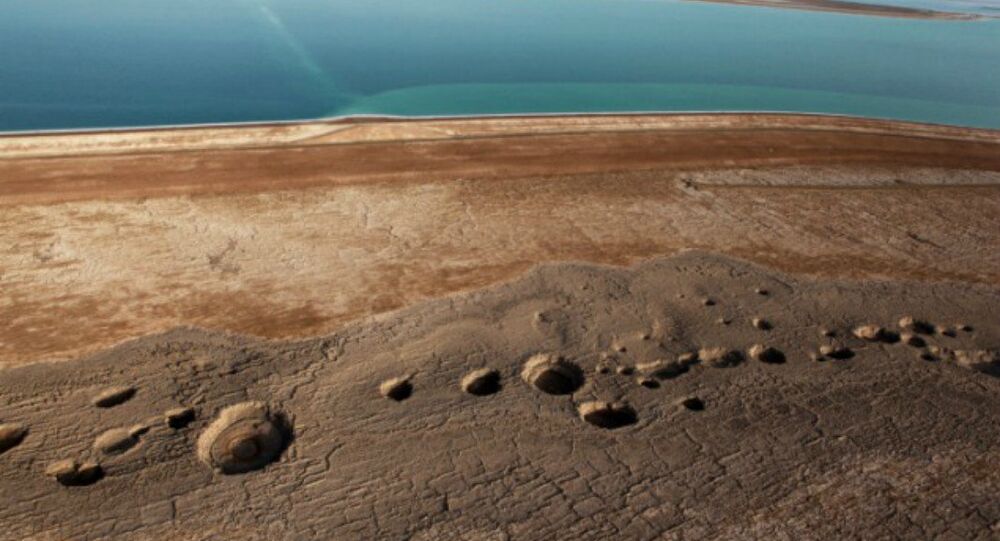 The saline waters of the legendary lake in the Middle East can be rated as one of the environments most unfit for life in the world. However, even there, without any carbon or oxygen, microorganisms might have found a way to survive by scavenging dead biomass.

The study, published in the scientific journal Geology, has described micro-organisms able to survive underneath the Dead Sea, 250 metres below the seafloor. Traces of single-celled organisms were found in boreholes in the deep salt layer sediments in one of the most saline lakes on Earth.

These creatures might be able to survive thanks to microscopic water bubbles trapped in the formations and their “necrophagic” behaviour, feeding off the remnants of other micro-organisms that lived underneath the Dead Sea.

Although researchers have already proven that non-bacterial organisms, called archaea and which are found in the most extreme environments, can live in the Dead Sea’s sediment, a team from the University of Geneva, headed by Camille Thomas, has found unique molecules that bacteria use to feed on when there are very few sources of energy.

These particles, dubbed wax esters, were discovered in 120,000-year-old layers. While the archaea could not produce them, researchers have suggested that they might have been produced by bacterial forms of life. They might have used the dead archaea as food to survive. The scientists concluded that this necrophagic lifestyle could have helped them to produce carbon stores and also create water, making their bubbles less salty. This is said to be an unprecedented pattern to maintain life for bacteria.

A separate study on the magnetic characteristics of the sediments, conducted by Thomas and Yael Ebert from the Institute of Earth Sciences at Hebrew University, also “provided evidence of the bacterial activity easily and with high resolution”, Haaretz reports.

“This is an especially slow mechanism. Its pace explains why, until now, scientists have not been able to see microorganisms in the laboratory that exist in such extreme conditions as those found at the Dead Sea”, Ebert told Haaretz.

The possibility that there is vast living biomass in the extreme environment deep beneath the Dead Sea has interesting implications when it comes to searching for life on Mars, the outlet points out. Haaretz notes that NASA apparently discovered the same mineral on the Red Planet that was found in the sediments of the Israeli lake. This could mean that biological processes similar to the ones in the Dead Sea might have taken place there.

The Dead Sea, the Pearl of the Middle East