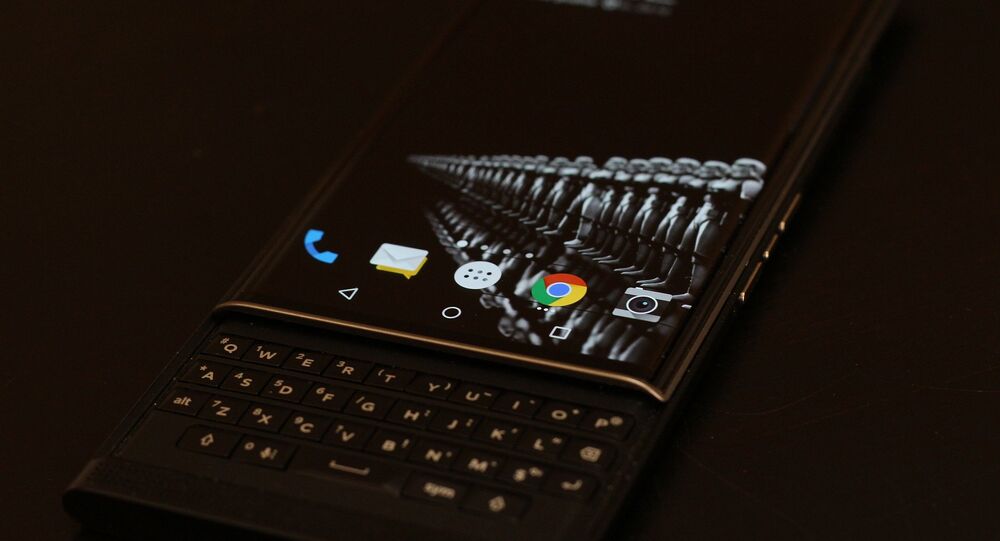 A Vancouver businessman was sentenced to nine years in prison by a US court for selling thousands of encrypted smartphones to international drug cartels and other criminals.

On Tuesday, Vincent Ramos, the owner of communications company Phantom Secure in Canada, received a nine-year prison sentence and was ordered to forfeit $80 million in profits for knowingly aiding global drug traffickers such as the Sinaloa drug cartel with "uncrackable" Blackberry devices.

"I am sorry and accept responsibility for my actions that have led me here today," Ramos, who previously pleaded guilty to a racketeering conspiracy charge in October 2018, told the judge during sentencing.

The 41-year old father of three adolescents also admitted at least 450 kilograms of cocaine were transported and distributed with the use of Phantom Secure smartphones.

Court documents say Ramos' Canada-based company had more than 7,000 encrypted Blackberry devices in use at the time of his March 2018 arrest. In addition to Mexican drug cartels, bike gang Hells Angels were also found by authorities to have used Phantom Secure phones to coordinate numerous murders in Australia.

According to a 2018 complaint against the CEO, smartphone camera, microphone, GPS and standard messenger capabilities were all wiped from the devices before enabling encrypted messaging through "Pretty Good Privacy" software, which has servers remotely based in locations Hong Kong or Panama to avoid detection.

Phantom Secure was known by investigators to openly brag about their Blackberry phones "inhackability," citing a 2014 murder case in which investigators detailed that the use of a device from the company impeded their investigation.

The overconfidence carried over to their since-suspended Instagram account, in which they posted various quotes, such as "Proven. Reliable. Uncrackable. Benchmarked. Simply Secure" and "SNITCHES GET STITCHES," accompanied by pictures of half-naked women, phones and weapons.

Ramos' conviction came about as part of an ongoing investigation by the Organized Crime Drug Enforcement Task Force, which comprises a number of federal, state and local law enforcement agencies, according to the US Attorney's Office of the Southern District of California's Tuesday press release. Law enforcement officials from Hong Kong, Panama and Thailand are said to have also assisted with operations that led to Ramos' arrest.

"We will continue to investigate and prosecute these individuals, whether they are the ones transporting and selling drugs, or providing the tools to those who do," the press release quotes US attorney Robert Brewer as saying.

The issue of digital security and encryption has become increasingly polarizing, as the public seeks protection, tech companies market it, and law enforcement largely sees it as a hurdle.

"Law enforcement use extreme cases of crimes like child pornography, human smuggling and drug trafficking to launch these attacks, but the reality is that encryption is important to everyone," web developer and technologist Chris Garaffa told Sputnik Thursday, calling the "demonization" of encryption technology "an assault on our human rights."

"Journalists and activists use it to protect themselves, their work and their sources. Everyday people use it to research sensitive topics like health conditions, and to keep their information safe from identity thieves and data warehouses like marketing companies. Any court order or law that looks like it allows an exception to our privacy will end up not actually being an exception — instead, it will open the floodgates to even greater surveillance and attacks on our civil rights," Garaffa noted.

Prior to Ramos' May 28 conviction, Owen Hanson, a customer of Phantom Secure, utilized six smartphones from the company to carry out the trafficking of over a ton of cocaine from Mexico to the US, and then to Canada and Australia. Hanson, who was a former USC college football player, received a 21-year prison sentence in 2017.

Over 130 kg of Cocaine Washed Up on Romanian Coast - Reports