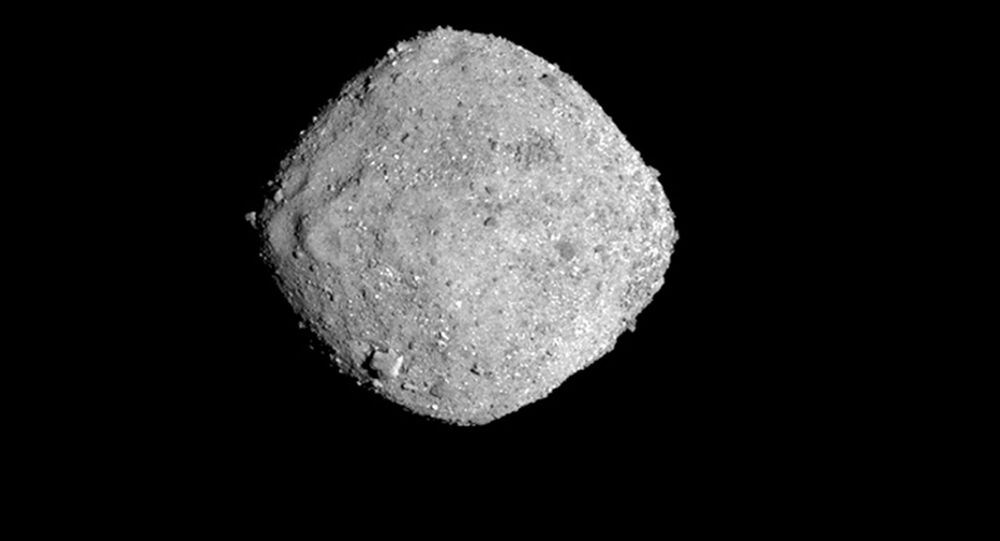 According to the UFO hunter, the surface of the space rock is dotted with “buildings, towers, pyramids and even some abandoned ships” which have probably been abandoned there for millions of years.

A new photo of the Bennu asteroid which was snapped by NASA’s Osiris-Rex probe and recently released by the space agency might’ve spawned yet another conspiracy theory as dedicated UFO hunter Scott C. Waring detected alleged presence of alien technology on the space rock’s surface while examining the image.

© NASA
NASA Captures First PHOTOS of 'Apocalypse Asteroid' Bennu That Can Strike Earth
Detailing his findings in his blog "UFO Sightings Daily", Waring noted that while the asteroid is "littered with rocks", the picture also shows certain "black or silver objects" which are "more interesting than NASA wants you to know".

"These structures are on Asteroid Bennu and show buildings, towers, pyramids and even some abandoned ships. All of which look a bit beaten up since they have probably been abandoned on this asteroid for millions of years. Nevertheless they still exist and here are the close ups to prove it", he wrote.

Earlier this month, Waring also claimed that he discovered an object which looks like an “alien base” after studying a NASA photo of the lunar surface.

However, NASA argued that Waring’s “discovery” was a product of pareidolia – a psychological phenomenon where people see recognisable shapes in clouds, rock formations, or otherwise unrelated objects or data.

Collision Hazard? Asteroid the Size of Big Ben to Whizz Past Earth