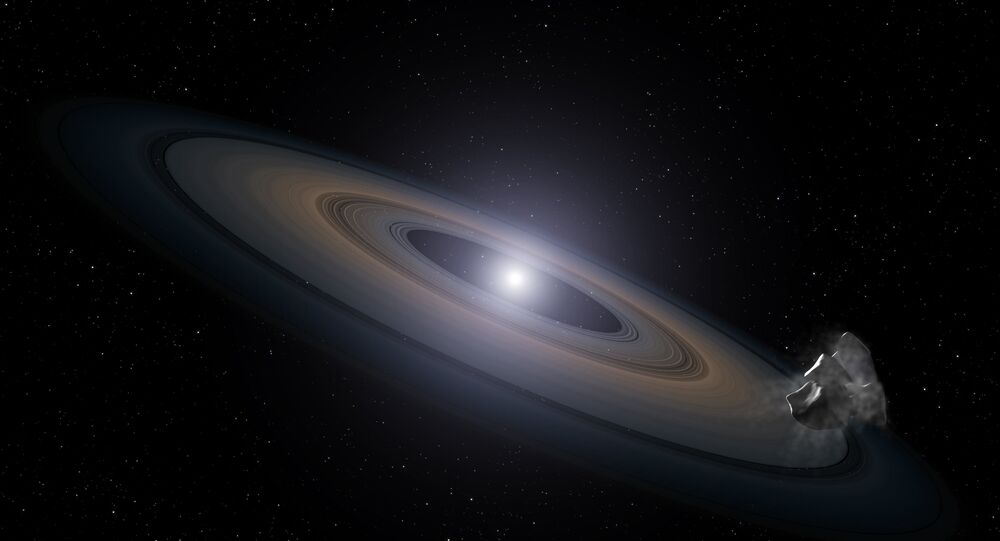 A German citizen scientist has discovered a new space object via a project that encourages nonprofessional astronomers to join the search for a large planet on the outskirts of our solar system.

The discovery was made by Melina Thevenot, a German who volunteered for NASA to help the space agency find brown dwarfs as part of the Backyard Worlds: Planet 9 citizen science project.

The project's volunteers sort through data from the Wide-field Infrared Survey Explorer, a now-retired NASA space telescope which had scanned the entire sky in infrared light, producing over 2.7 million images and a catalog of over 700 million space objects.

READ MORE: Quick As You Can: NASA Promotes Speedy Creation of New US Lunar Program

Melina, who had earlier uncovered several hundred new brown dwarf candidates, initially thought that the space body she stumbled upon might as well be a cool brown dwarf, an object too large to be called a planet and too small to be a star. However, it turned out to be much brighter and was eventually classified as a white dwarf — the remnant of a star that has burnt up all of its hydrogen.

This object, codenamed LSPM J0207+3331 or J0207 for short, is located some 145 light years away from our planet in the constellation of Capricorn and is estimated to be three billion years old, with a temperature of about 5,800 degrees Celsius.

It generated a comparably high amount of infrared radiation, which led scientists to suggest it could be surrounded by a warm circumstellar disk, according to the study published in the Astrophysical Journal Letters (you can read it here for free).

What puzzled the scientists is that young white dwarfs are more likely to form such a disk, but J0207 does not qualify as a young star.

"This white dwarf is so old that whatever process is feeding material into its ring must operate on billion-year timescales," said John Debes from the Baltimore-based Space Telescope Science Institute in Baltimore. "Most of the models scientists have created to explain rings around white dwarfs only work well up to around 100 million years, so this star is really challenging our assumptions of how planetary systems evolve."

Another mystery is that the J0207 disk consists of two ring-like elements — a colder outer ring and a warmer inner one. This is something that has never been seen before in circumstellar disks surrounding white dwarfs, and researchers hope to observe it again and obtain more data.