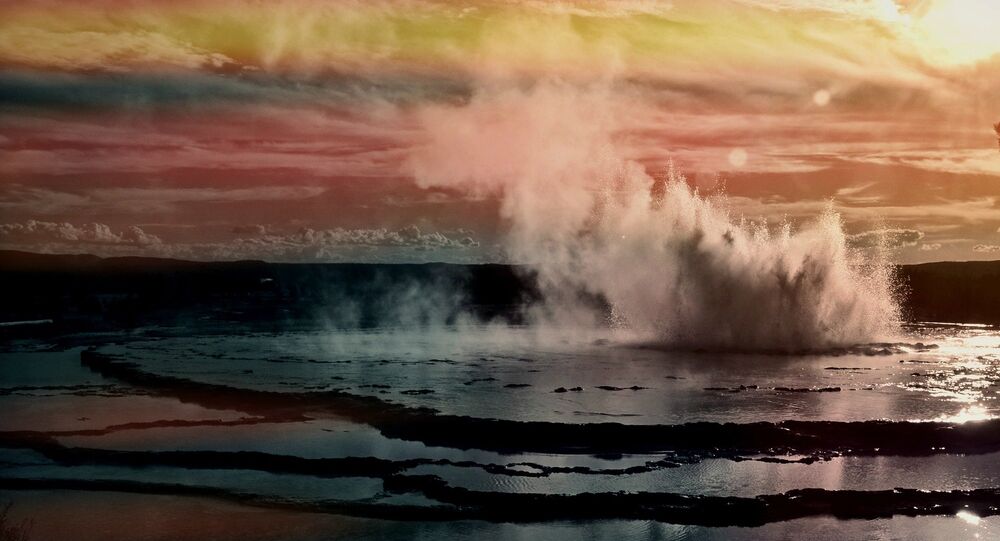 A scientist from the US Geological Survey has branded 2018 “one of the most memorable years in a long time” for geyser watchers in their summary of seismic activity in Yellowstone. The Steamboat Geyser, considered the tallest active geyser in the world, as well as others, erupted unusually frequently last year.

The USGS is now back to work after the partial government shutdown, with Yellowstone’s "2018 year in review" noting an unusual activity among the national park’s geysers last year. In the Yellowstone Caldera Chronicles, USGS Volcano Observatory geophysicist Michael Poland has revealed that geysers became “the story of 2018”, with the world’s tallest active geyser, Steamboat, having a record-setting number of eruptions.

Although the gap between Steamboat spewing out hot water can sometimes last years, in 2018 it erupted 32 times, beating the 1964 record of 29 eruptions. Apart from the 1960s, a past period of unusually high activity occurred in the 1980s, according to the USGS. The eruptions began in March 2018, and after two additional outbursts scientists began to keep the geyser under closer observation, deploying sensors around it. This shed light on its plumbing system and eruptive patterns “in unprecedented detail”, the review reads.

The geophysicist noted that reasons for the irregularity in geyser activity remain a mystery, saying that it could be due to subsurface water levels, as the national park has recently experienced heavy precipitation. This could also be the source of earthquake swarms, caused by water moving under the surface, recent research suggests.

However, in contrast with the increased levels of geyser activity, last year was “pretty average” in terms of earthquakes, as the seismic watch detected 2,007 quakes in 2018, which is within the regional average.