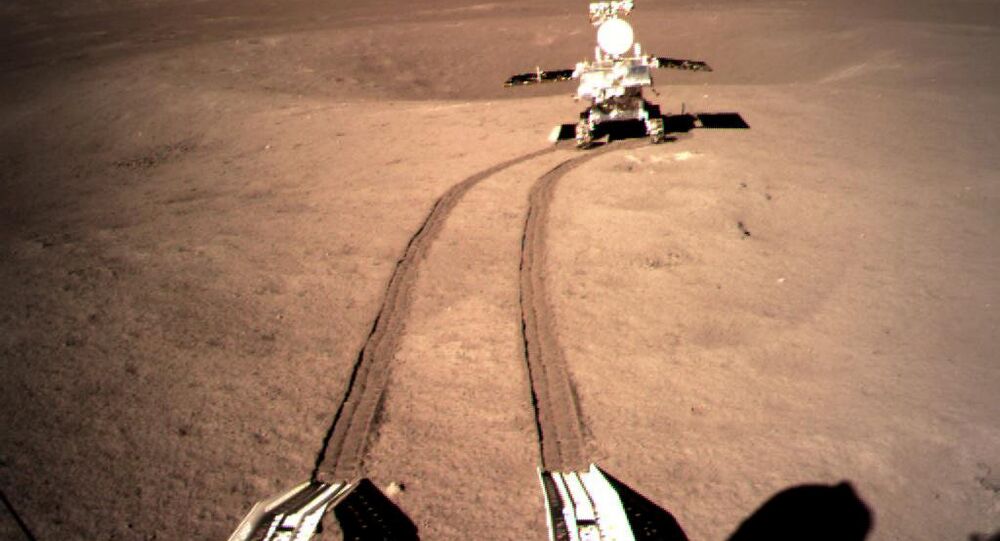 WASHINGTON (Sputnik) - Meetings between the US and Chinese space agencies yielded an agreement to publicly release findings at the 56th session of the Scientific and Technology Subcommittee meeting of the UN Committee on the Peaceful Uses of Outer Space meeting in Vienna, Austria, 11-22 February, NASA said in a press release on Friday.

"This past month, NASA held discussions with the China National Space Administration (CNSA) to explore the possibility of observing a signature of the landing plume of their lunar lander, Chang’e 4, using LRO’s LAMP instrument.Science gathered about how lunar dust is ejected upwards during a spacecraft’s landing could inform future missions and how they arrive on the lunar surface", the release said on Friday.

The NASA release emphasized that any cooperation with China will be "transparent, reciprocal and mutually beneficial", according to congressional and Trump administration guidelines.

A US law requires NASA to get advanced approval for any cooperative effort with Beijing on space exploration, according to published reports. But the release gave no indication whether the law would, or would not apply to the upcoming flyover.

Congratulations to China’s Chang’e-4 team for successfully landing on the far side of the Moon! This picture from @LRO_NASA shows the area where the Chang’e 4 touched down. The next opportunity to image the landing site will come at the end of January: https://t.co/ShOFOwyOrv pic.twitter.com/BwGI61NnC9

screenshot; China Central Television
US Asked to Use China’s Chang’e-4 Probe for Its Own Moon Missions
On 3 January, the Chinese spacecraft Chang'e-4 made a historic soft landing on the moon and, a few hours later, sent the first pictures from the far side of Earth's natural satellite. The device landed in the Vom Karman Crater, located in the northwestern side of the largest known lunar craters, the South Pole–Aitken basin. According to Chinese scientists, the spacecraft's position will allow them to study the mineral composition of the lunar surface and obtain new data on the moon's mantle.

For a number of reasons, NASA was not able to phase its lunar vehicle's orbit to be at the optimal location during the China's probe landing on the dark side of the moon. NASA said it believes detecting the dust plume during the 31 January flyover may still be possible.

Soviet spacecraft Luna-3 was the first ever vehicle to photograph the dark side of the Moon in 1959. In 2021, Russian spacecraft Luna-25 is expected to land near the southern lunar pole, supposedly rich in ice. A range of other missions are expected to follow.