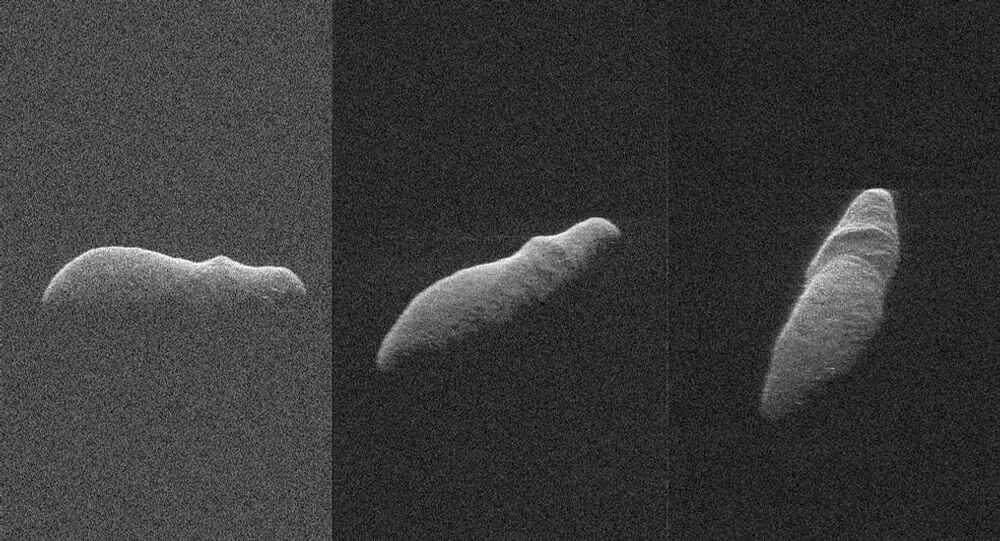 The National Aeronautics and Space Administration (NASA) has published a photo of an at least mile-wide asteroid with an unusual shape approaching the Earth.

"The asteroid will fly safely past Earth on Saturday, Dec. 22, at a distance of about 1.8 million miles (2.9 million kilometres)", NASA said in a report published on 21 December.

Because of its large size, it is classified as"potentially hazardous asteroid", but NASA believes that it does not pose a threat in the near future.

© NASA . JPL-Caltech
Life on Jupiter Moon? NASA Develops Nuclear 'Tunnelbot' to Probe Europa's Ice
According to NASA's report, this will be the asteroid's closest approach in more than 400 years and the closest until 2070 when the asteroid will approach Earth a bit closer.

Scientists note that the 2003 SD220 asteroid looks like a hippopotamus swimming in a river. NASA has called the asteroid "holiday" because it appeared shortly before Christmas.

The asteroid 2003 SD220 was discovered on 29 September 2003, by astronomers at the Lowell Observatory Near-Earth-Object Search (LONEOS) in Flagstaff, Arizona.