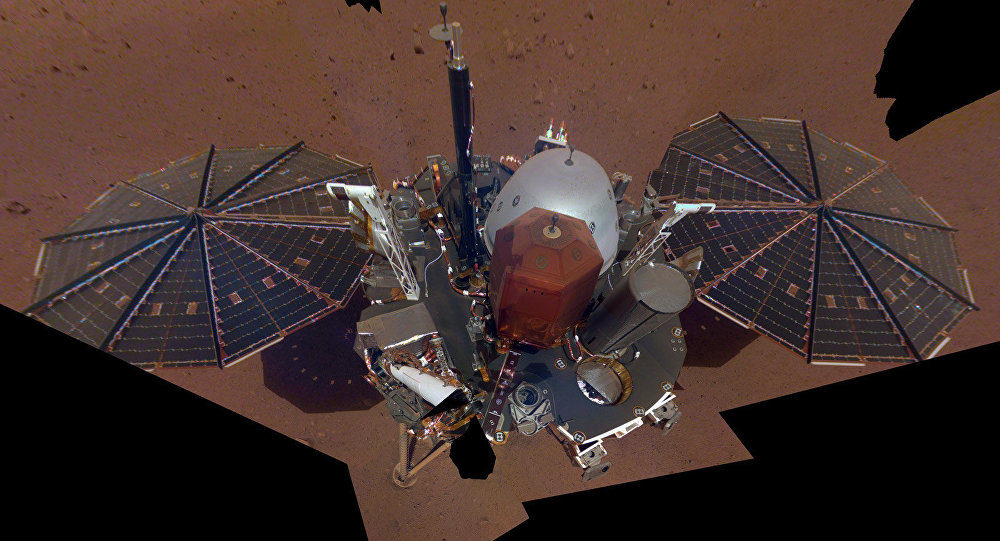 InSight, the first spacecraft successfully landed on Mars by the US space agency NASA since 2012, has sent back its first selfie since its November 26 touchdown, showing its instruments and solar panels deployed. 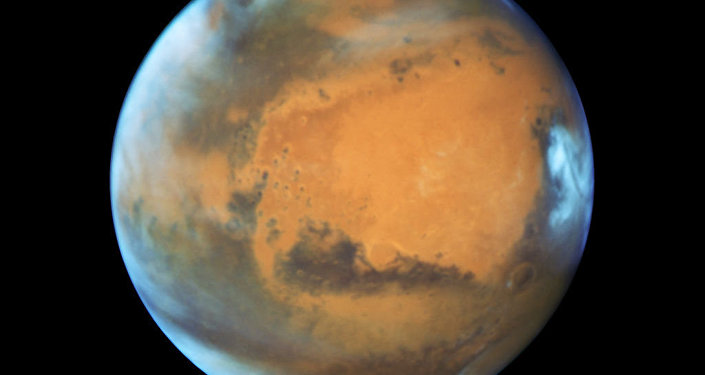 © NASA . The Hubble Heritage Team
NASA InSight Mission to Mars Heralds Future Exploration - Scholars
InSight touched down last month on the Red Planet's Elysium Planitia, a vast, flat plain where it can safety study the inner nature of our solar system neighbor. Since then, it's been slowly getting set up to perform its various experiments and collect measurements, which will help NASA scientists to discern information about the inside of Mars, such as whether its core is molten or solid, and how thick its crust might be.

On December 6, though, setup had sufficiently progressed that the lander's robotic arm had a moment to indulge in vanity and snap a photo of the lander itself: a stellar selfie.

First #selfie! I’m feeling healthy, energized and whole. This is me on #Mars. https://t.co/JJzFgSgh9q pic.twitter.com/wSN2OycHNO

​With its solar panels deployed, the craft is about 19 feet 8 inches long, according to NASA, and about 5 feet 1 inch wide. The robotic arm is 5 feet 9 inches long, providing this overhead shot. They say that angle is very slimming!

InSight's been snapping a lot of photos of the surrounding area, too, which can be viewed individually on the lander's page on the NASA website, or seen as a composite image:

Before I dig deep into #Mars, I’m focused on becoming more aware of my surroundings. That’ll help me place my instruments in the best spot on the surface. Here’s a new mosaic of my workspace, stitched together from 52 photos. More: https://t.co/IfIIWQjCOi pic.twitter.com/JfbPmUg2ec

​Scoping out this section of ground is essential, since one of InSight's key instruments is a seismometer that must burrow into the ground in order to more accurately and sensitively measure the energy waves generated by marsquakes (that's an earthquake, but on Mars) in order to judge what the planet's insides look like. It's basically like how a bat tells how far away the cave wall is: by listening to how long sound waves take to return.

However, that task is easier said than done, Space.com notes. In order to deploy those sensors, InSight will have to grab onto them and place them into the dirt — something no Mars mission has ever done before. Previous landers have always carried their scientific equipment on their bodies or arms.

"The robotic arm has to place everything perfectly," Ashitey Trebi-Ollennu, team lead for InSight's instrument deployment system operations at NASA's Jet Propulsion Laboratory (JPL), said in an October statement. "But we like a challenge."

"We're looking forward to the demanding work of getting InSight's claw machine in motion," said Bruce Banerdt, InSight's principal investigator at JPL. "But the prize for the InSight team won't be a fuzzy bear. It'll be the stream of science data flowing in from precisely placed instruments — telling us what Mars is really like on the inside."