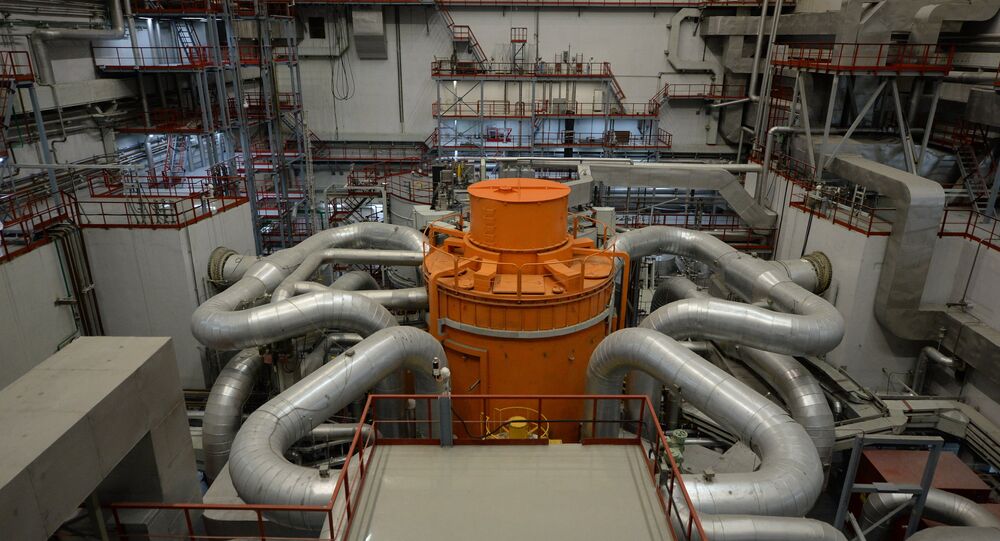 Scientists from the National Research Nuclear University MEPhI have developed a new coating for nuclear reactor fuel element containers. This will make it possible to create tolerant nuclear fuel by manufacturing containers with protective chromium-content coating for irradiation inside the Modernized International Reactor (MIR).

According to the International Atomic Energy Agency (IAEA), the world had 448 operational reactors in early 2018, and 50 more were under construction. Water-cooled and water-moderated reactors form the mainstay of nuclear power plants.

Fuel elements in water-cooled and water-moderated reactors mostly consist of zirconium alloys that are effective at temperatures of up to plus 350 degrees Celsius. When the reactor's heat-removal system is shut down, container temperatures exceed 800-900 degrees Celsius, and the chemical reaction between zirconium and water vapors can generate explosive hydrogen.

"To prevent zirconium-vapor interaction, the researchers propose coating the surface of heat elements with materials (including chromium) that will prevent contact between zirconium and water vapors. We have achieved the science and technological goal of selecting the required compound and coating sections of fuel-element tubes up to 500 mm long with a protective chromium-content substance. This slows the zirconium-oxidization process in water vapors at up to 1,200 degrees Celsius," Boris Kalin, Head of MEPhI's Faculty of Physical Problems of Materials Science, noted.

According to Kalin, the ion-beam method for treating fuel-element tubes calls for polishing or etching the surface of the tubes with argon ions; this helps create a smooth surface. Then, alloys acting as magnetron electrodes (devices that create a special plasma discharge on the surface of an electrode for spraying the electrode's plasma by ions) are sprayed layer after layer on the surface of tubes up to 10 micrometers thick inside the unit's vacuum chambers.

President of the Ukraine Press-Service
US Nuclear Lab Building Micro-Reactor That Can Power an Army Brigade
After treating the fuel elements, MEPhI specialists studied the composition, structure and thickness of the coatings using electron and ion microscopes. They also tested the wear-resistance levels of the coatings by rubbing them against zirconium components. They tested their water-oxidization parameters at 350 degrees Celsius for 72 hours, with water pressure totaling 160 atmospheres. And they did the same with water vapors (1,200 degrees Celsius).

"We repeated the experiment several times, adjusted the composition of magnetron electrodes and treatment modes, and analyzed each result. This allowed us to choose the optimal composition of coatings and prevent the oxidization of the external surface of zirconium tubes at plus 1,200 degrees Celsius for 400 seconds," Kalin said.

The results of this project are being presented at the 16th international school-conference New Materials: Tolerant Nuclear Fuel, held at MEPhI on the initiative of the research school and the Laboratory or the Ion-Beam Treatment of Materials at the Faculty of Physical Problems of Materials Science.