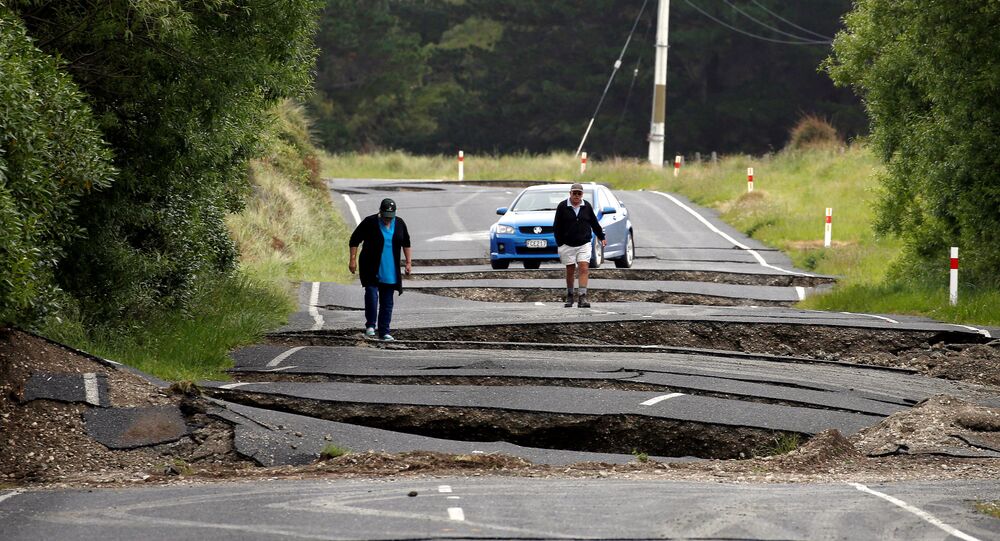 The Kaikōura earthquake hit the island state in the Pacific Ocean two years ago, tearing open a record-breaking number of 26 fault lines and bringing the country’s major islands 5 metres closer together. The drift continued even after the quake subsided.

New Zealand’s national science body has detected that the country’s two largest islands, affected by the magnitude 7.8 Kaikoura earthquake in November 2016, have drifted 35 cm closer together since the main shock, while the city of Wellington shifted 5 cm northeast. The change of the South Island’s shape can be seen by comparing today’s map of New Zealand with one from before the quake.

During the tremor, the distance between the largest island of the archipelago, South Island, and North Island, where the country’s capital is situated, shrank by 5 metres. The earthquake opened 26 faults, racing from the epicenter on the South Island, lifting its coasts 6 metres up and dropping some by 2 metres.

The local outlet Stuff reports that GNS Science and the University of Otago installed GPS stations to monitor the movements of the terrain following the disaster. It cites GNS Science geodetic scientist Dr. Sigrún Hreinsdóttir, saying the creeping "after slip" were a surprise.

"In reality we are having all these creepings going on and the question is, which is the dominant factor? The idea there was a quite significant component on that plate interface was the surprising thing to us," she said.

According to the scholars, the islands would continue to move for years but that the speed will slow.