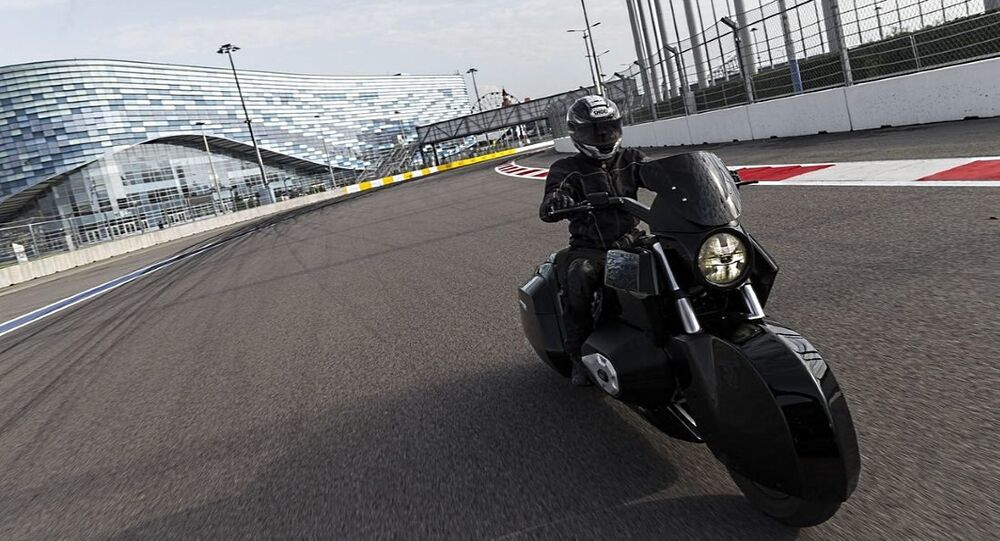 MOSCOW (Sputnik) - The Aurus vehicles, also known as the Kortezh project, are already used by Russian President Vladimir Putin and the Federal Protective Service, charged with the protection of Russian high-ranking state officials.

Russian Industry and Trade Minister Denis Manturov told Sputnik that the motorcycle Aurus will be fully electric, while its exterior will match the design of the luxury brand's main lineup.

"I can say that we are working on this issue [the Aurus motorcycle]. It's on our agenda, but this is definitely not the highest priority, because our main task is to finish all the work on that model line, for which we originally undertook — it's a sedan, limousine, minivan and a SUV. The motorcycle will be fully electric. But its exterior will be inscribed in the Aurus lineup, "Manturov said.

The Kortezh project is carried out by the Russian central automotive institute in collaboration with Sollers company. According to Sollers Director General Vadim Shvetsov, only 50 to 70 cars will be sold in 2019.