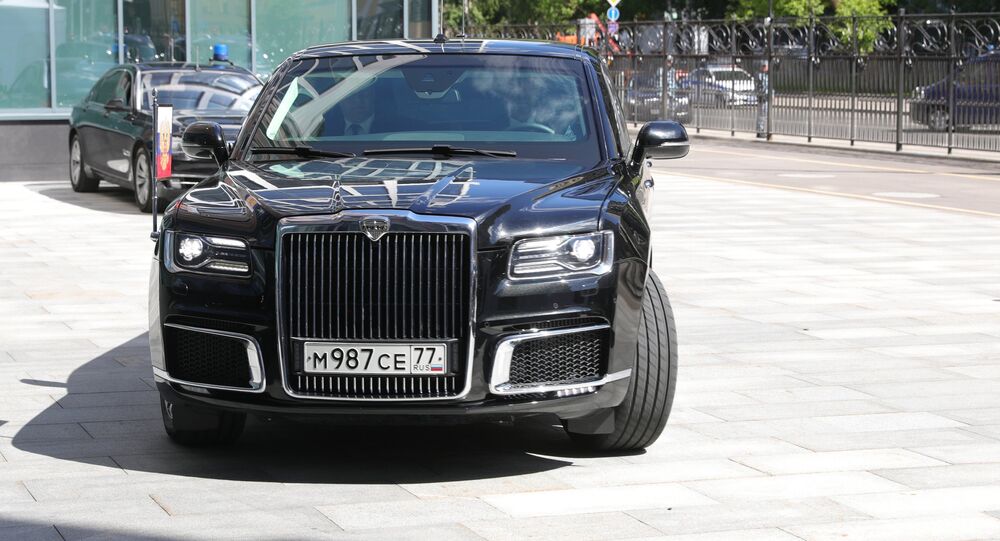 The single modular platform, or as it is more widely known the “Kortezh,” was designed to be the basis for armored cars made for the Russian president with the ambition to later develop it into a luxury auto series adapted for civilian use under the brand name "Aurus."

Foreign governments have expressed interest in the Kortezh, said Alexey Borovkov, the head of the Center for Computer Engineering and who has participated in the development of the latest generation of Russian presidential cars, in interview with journalists. He expressed confidence that Vladimir Putin's invitation to the UAE leader to inspect the Kortezh limo and its upcoming debut in a foreign trip, the Trump-Putin meeting in Helsinki, had only boosted interest.

Media has reported that the Russian president's Kortezh limousine has arrived in Finland's capital ahead of the upcoming summit between the two leaders. On July 6, Russian Minister of Industry and Trade Denis Manturov announced that the Defense Security and Development Foundation (DSDF), which is owned by the UAE company Tawazun, will be joining Russia in the Kortezh car project and will invest some 110 million euros in it.

The two countries will jointly develop the high-end cars under the brand name Aurus, which will adapt the Kortezh for civilian use. It is planned that the Aurus will hit the market in the first quarter of 2019. Several variants of the vehicles are planned to be built on the basis of the platform — a limousine, a sedan and a minivan.