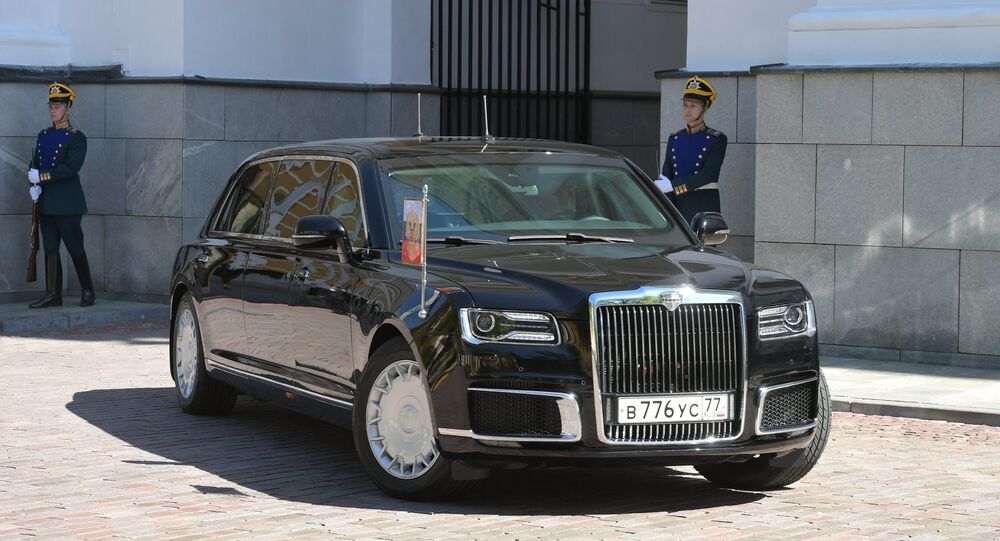 The single modular platform, or as it is widely known, the “Kortezh,” was designed as a basis for armored cars for the Russian president with an ambition to further transform it to a high-class auto series adapted to be sold to and used by civilians.

The Defense Security and Development Foundation (DSDF), which is owned by the Emirati company Tawazun, will join Russia in its Kortezh (Cortege) car project, Russian Minister of Industry and Trade Denis Manturov said in a statement.  According to the minister, the joint venture is aimed at transforming the presidential armored cars into high class autos for the private sector under another brand name — "Aurus."

DSDF will receive a 30% share in Aurus, while the original Kortezh developer, NAMI, will retain 60%. Another participant in the venture, the Russian car producer Sollers, will receive 5%. DSDF is planning to invest some 110 million euros in the project.

The Kortezh vehicles were designed by the Moscow-based Central Scientific Research Automobile & Engine Institute (NAMI) and were built as a replacement for the foreign-made armored cars previously used by the president during trips. However, they were also built with the intention to adapt them for the broader market under the brand Aurus. Several variants of the vehicles are planned to be built on the basis of the same platform — a limousine, a sedan and a minivan.