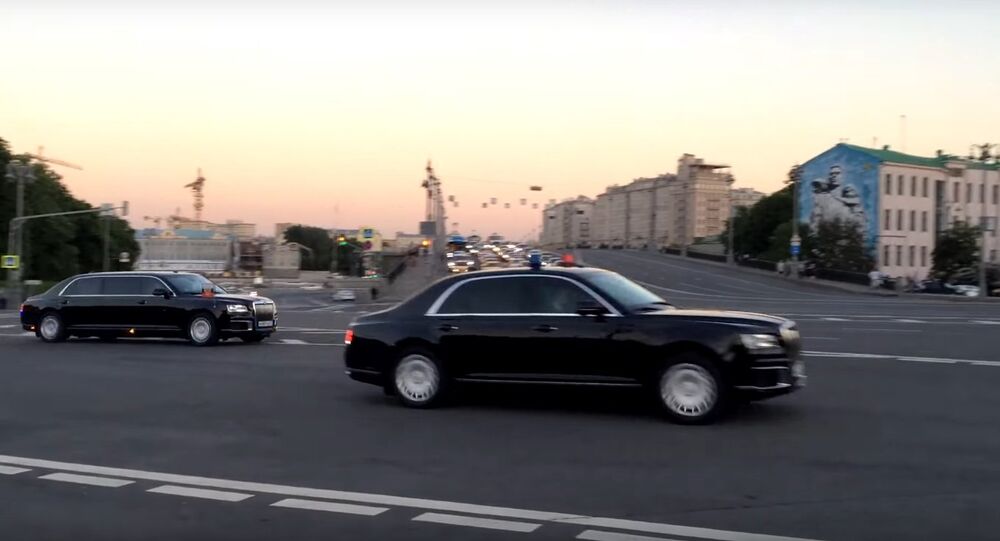 The new Russian presidential state car continues to make waves following its debut last month, this time appearing with an entire convoy of Russian-built accompanying vehicles, including the Arsenal minivan.

The footage confirms the Russian presidential motorcade's long-awaited switch back to domestically-made state vehicles, dropping the tradition of using Mercedes limos started by Boris Yeltsin in 1995.

Work on Kortezh began in 2012, with $197 million invested into the project. Small quantities of the vehicles are expected to go on sale to the public starting in 2019. According to developers, potential clients in Russia and abroad have already expressed interest in their products.  Engineers are continuing work on other vehicles for the presidential motorcade, including a motorcycle and SUV, called the Komendant, each of them expected to be introduced in 2019.

What We Know About President Putin's New Limo (PHOTOS, VIDEO)