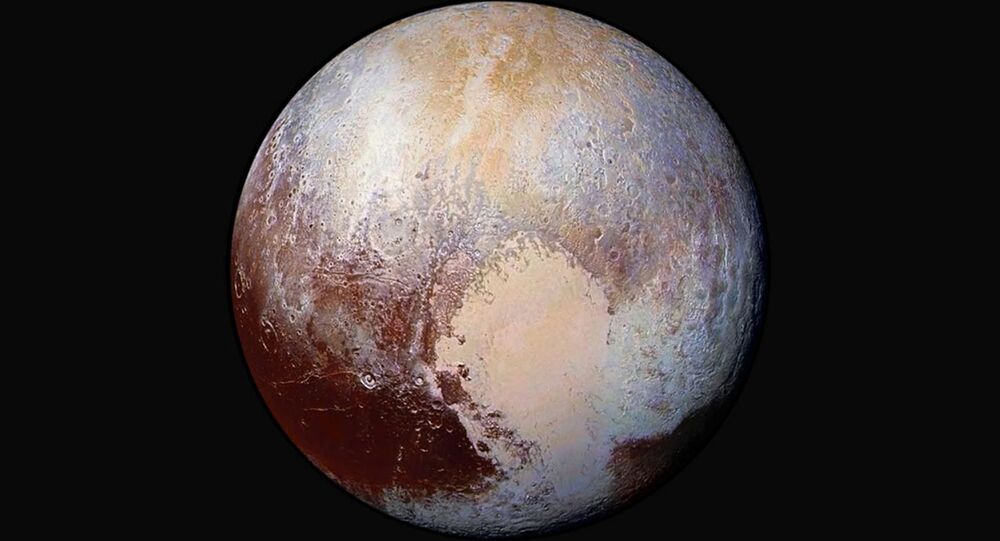 Having closely examined a set of photographs taken by NASA, a group of scientists have come across dunes on the dwarf planet Pluto that bear a striking resemblance with sand found on Earth.

Although dunes had already been spotted in an array of places, namely on Mars, Saturn’s moon, Venus, Titan and even a comet, Pluto’s are the only ones found that consist of methane, due to the planet's low surface temperature, according to Matt Telfer of Plymouth University in England, who authored a report on NASA’s findings in the journal Science.

Attention: Pluto has methane dunes — made possible because sublimating nitrogen hurls methane ice grains into the air like popcorn in a microwave. Thanks, science! https://t.co/WoUeOqDiXm

The discovery comes as an even greater surprise since Pluto is known to have a thin atmosphere. Researchers suggested that the nitrogen icy coat of Sputnik Planitia, plains in the left part of Pluto’s heart-shaped region, where the dunes were discovered, turned into gas that eventually spread methane particles around the region with the help of Pluto’s gentle winds.

© NASA . NASA/JHUAPL/SwRI
Fanciful Theoretics: Could Pluto Be a Giant Comet Made of Billions of Comets?

The British-led team said the newly found dunes are pretty much like those at White Sands in the northern Chihuahuan Desert in the US state of New Mexico, as well as eastern California’s Death Valley. However, the sand has a lower density than that of Earth, co-author Jani Radebaugh from Brigham Young University explained, adding that though it's granular to the touch, it would easily flow off one's hand.

Methane was found on Pluto. Evidence of methane dunes suggests that the icy dwarf-planet’s surface is more dynamic than originally thought.https://t.co/7aFpo3nFBk pic.twitter.com/A7nd8EyXa5

READ MORE: Fourth US Astronaut to Walk on Moon Has Died — NASA

The light grey and white methane ridges were spotted by NASA’s New Horizons spacecraft during its 2015 mission, making it the first spacecraft to fly by Pluto’s surface. New Horizons is now heading for another object in the Kuiper Belt, named 2014 MU69. The spacecraft will be brought out of hibernation in the next few days and a new flyby is scheduled for January 1, 2019.