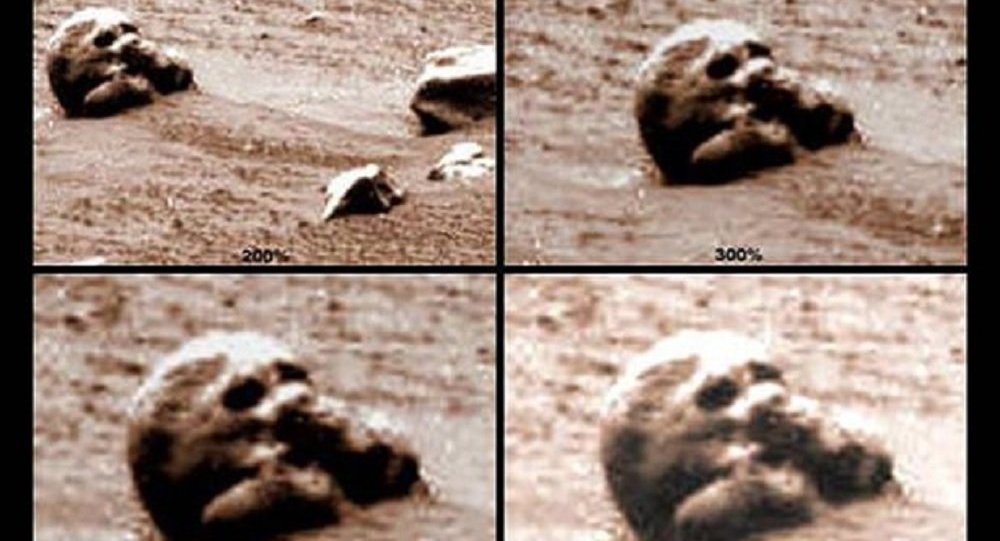 A number of intriguing pictures have resurfaced; many of them appear to be long-sought proof of life that perhaps existed at some point of time on Mars and the moon. However, some of them have already been dismissed by sceptics as fake.

Some pictures have been labelled the most compelling-yet evidence of extraterrestrial activity. They feature blurred, oddly out-of-focus spots, which some presume depict some kind of hiding place for paranormal phenomena, The Daily Star reported.

"The blurred areas that don't appear to be naturally occurring, make me wonder what is hiding," one person commented on the newspaper's website. 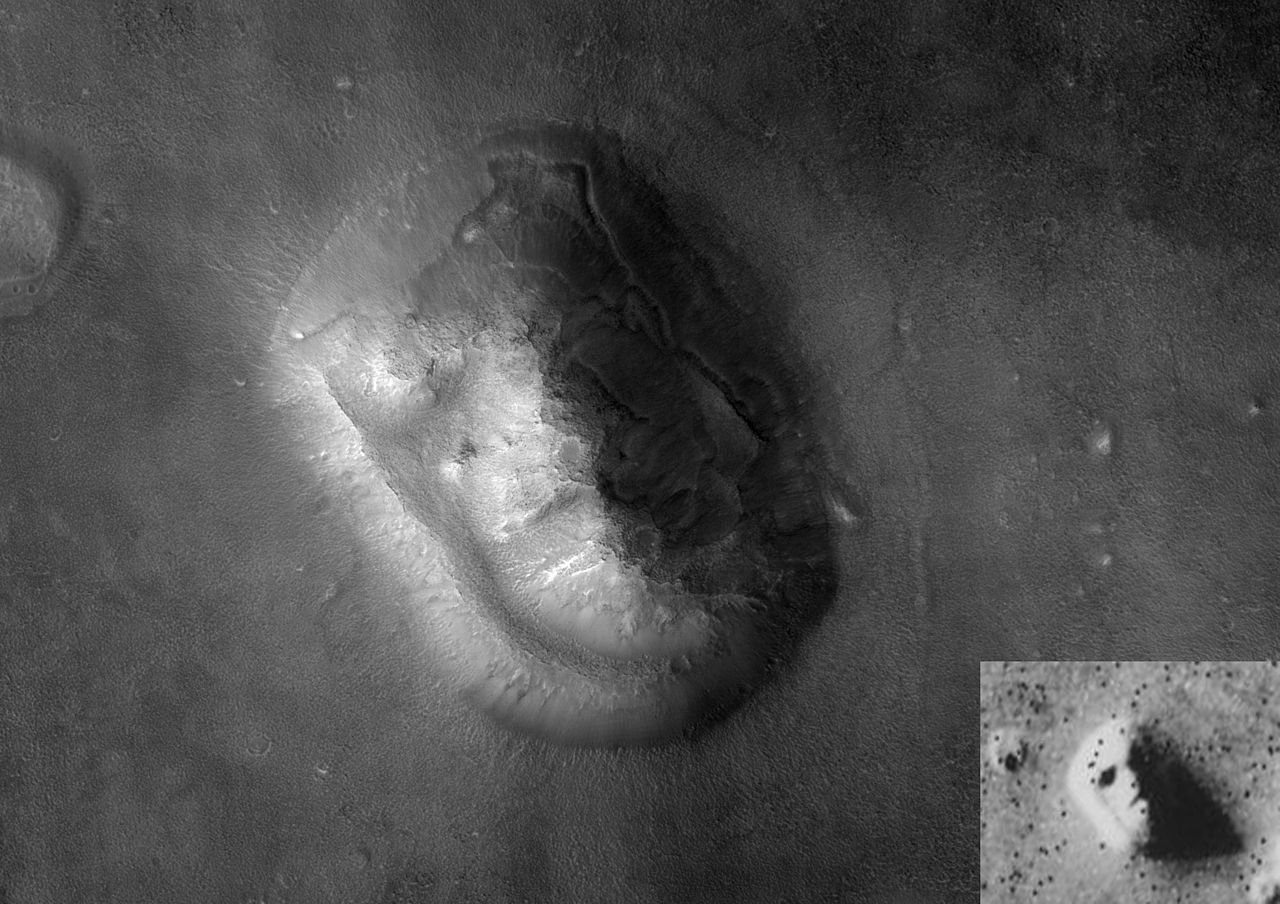 © CC0
Face on Mars with Inset

READ MORE: Interstellar for Real: Meet the Nuclear-Powered Spaceships of the Future

Other puzzling images most notably capture strange-looking Xs all over the moon’s uneven surface. Reddit user Sumner67 underscored that but for a whole pile of images taken during rover and orbiter trips to Mars and the moon, the idea of life there would have been totally ruled out. 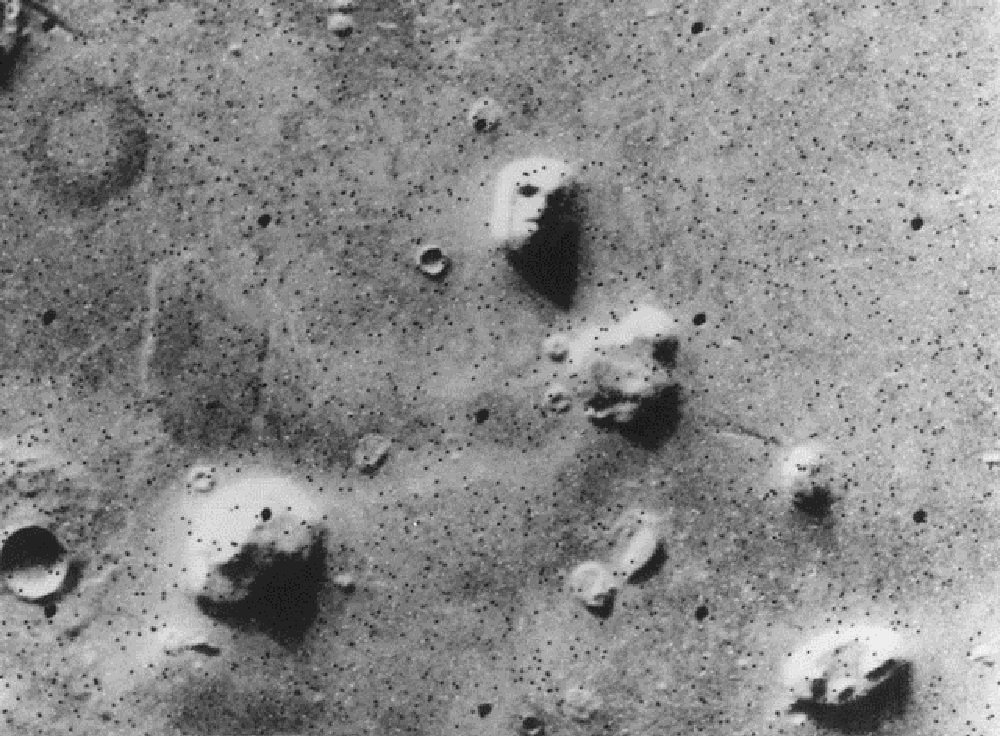 The baffling pictures, which include the famed Martial skull picture, came as amateurish alien experts poked through tons of NASA snaps, which are mostly posted among their website archives.

© NASA .
This composite image released by NASA 24 May, 2001 shows a new high resolution image of the "Face on Mars" (R) alongside an early Viking Spacecraft image (L)
© CC0
US, Russia Likely to Go to Mars Together, Former NASA Astronaut Says

Many remain, though, unconvinced, saying the bizarre spheres and blurred spots are "a normal phenomenon with impacts":

"Common sense at this point would lead to the idea that there is artificial s*** on both the moon and Mars," Reddit user GlenCompton pointed out.

He went on to say that high speed impacts behave similarly, but the entropy of rock, for instance, is to a great extent slower than water, and "they maintain the crater and drop that springs back a lot longer."

Meanwhile, NASA and the European Space Agency, which are collaborating with Russia’s space agency Roscosmos, consistently vow to ultimately find evidence for extraterrestrial life. For instance, ExoMars, a joint mission of the latter two, aims to find examples of biological and geological activity on Mars.

Speaking about lunar missions, according to NASA, in 2019 it will award the first contracts for the production of basic components for the global Gateway orbital lunar base, which will serve as a setting for deep-space exploration and studies. It is projected to orbit the moon, as well as operate as a launch point for upcoming manned Mars journeys.