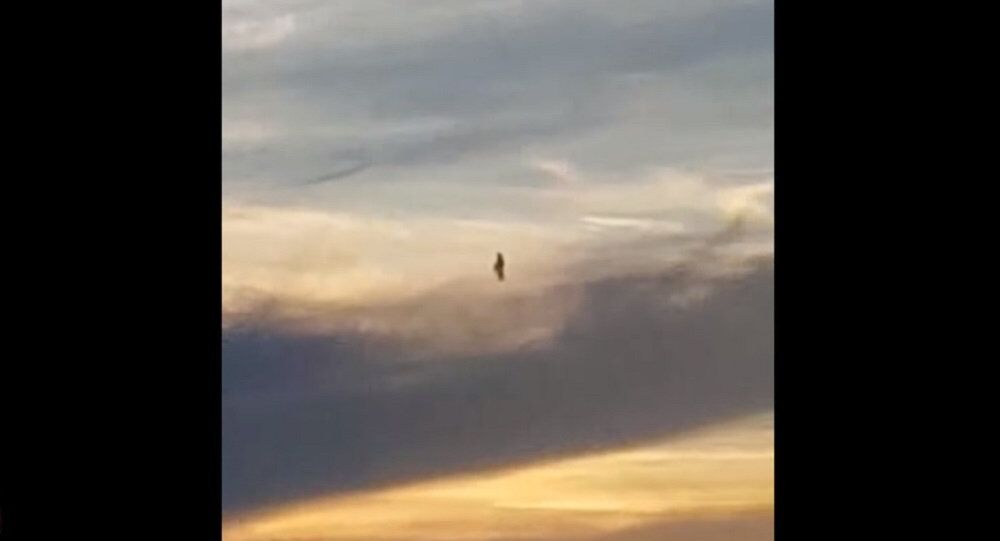 Another video of what looked like a motionless unidentified flying object spotted in Latin America has emerged on the Internet, already collecting almost 500,000 views.

The footage, uploaded by conspiracy theorist Tyler Glockner on the YouTube channel Securityteam10, first shows a driver riding on the road in the Brazilian city of Goiania.

Shortly thereafter, a weird human-shaped figure emerges high in the skies after the driver apparently turns a camera up to catch the object which Glockner claimed was "a UFO [unidentified flying object] sighting coming out of Brazil."

About 450,000 users who viewed the video were not that sure, with some of them suggesting that the object was nothing but "a flying person, just a dark cloud or flying Jesus," according to The Daily Star.

Glockner, for his part, noted that the object remained motionless "throughout the entire footage" and that he had no idea about any specific details pertaining to the video.