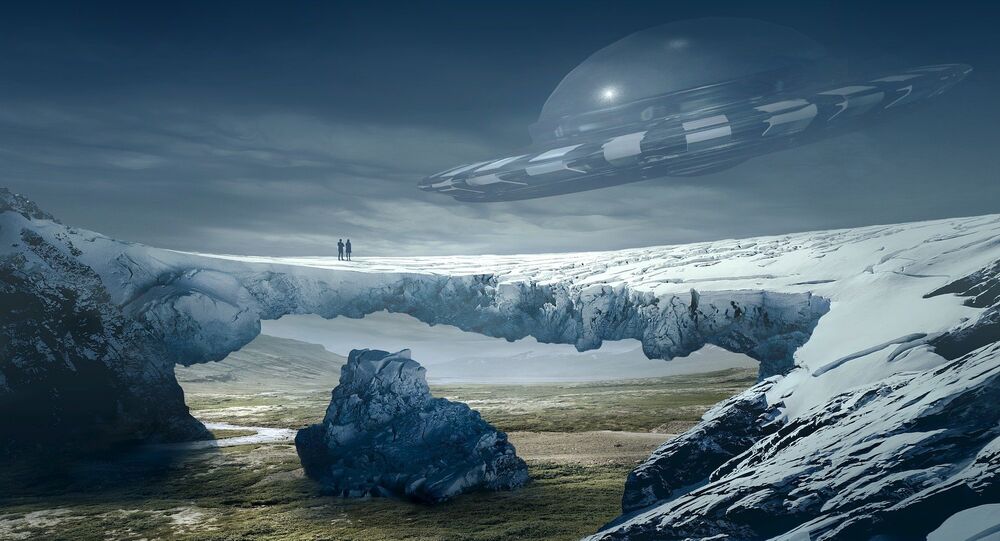 While the media continue reporting UFO sightings, all research programs were scaled down several years ago. Here’s what witnesses of mysterious celestial phenomena actually see.

The term UFO was coined in the middle of the twentieth century in the West to designate strange phenomena, which were hard to explain. The Soviet Union, for its part, began its research on such abnormalities in 1960s, with Felix Ziegel becoming the co-founder of the first officially approved UFO research group in the USSR.

© Photo : Youtube / NASA Goddard
Interstellar Visitor: Alien Star Nudges Our Solar System
The 1977 Petrozavodsk phenomenon, a series of abnormal celestial events, including UFO sighting, paved the way for the launch of a state program to study the mysterious incidents.

Under the program, which proceeded for thirteen years until 1990, inhabitants filed over 3,000 reports about various suspicious phenomena; although merely 300 of them deserved special attention, while 90 percent of the reports turned out to be linked to launches of space rockets and military equipment tests.

“The results obtained under the research have shown that studies of ‘abnormal phenomena’ undoubtedly present a scientific, as well as an application interest, however, the ‘hypothesis,’ or more precisely, the legend about a UFO as a manifestation of extraterrestrial civilizations’ activities on Earth appeared to be absolutely baseless,” wrote Yulii Platov and Boris Sokolov, the authors of the article, entitled “A History of State UFO Research in the USSR.”

In 2006, the UK Ministry of Defense published a report, prepared between 1996 and 2000, explaining UFO sightings and dispelling the myths about aliens, with the last report about those abnormalities dating back to 2009. British intelligence, for its part, halted the processing of data about mysterious flying objects back in 2000.

Meanwhile, having analyzed pieces of news about UFOs in newspapers, Greg Eghighian, a historian from Pennsylvania State University, linked the popularity of ufology with the Cold War, explaining that there were no stories about those objects until the end of 1940s. The confrontation between the two superpowers, as well as the atmosphere of secrecy spurred different rumors in society. Conflicting intelligence agencies encouraged people to report abnormal phenomena and analyze the facts in order to reveal the enemy’s “trace.” That is when ufology became an independent “science.” As soon as the Cold War ended the number of UFO sighting reports drastically decreased.

The video, which was first uploaded by the Fox 6 News channel, featured bizarre “ghost” firelights  in the night sky over the US city of Milwaukee, with many wondering whether those were fireworks or aliens.

It appeared that it was a flock of seagulls reflecting lights, while the trails turned out to be camera artifacts.

Hundreds of California residents started calling the emergency services when they saw a glowing flying object illuminate the sky in December 2017, describing it as a “UFO invasion.” Although it was just one of Elon Musk’s SpaceX Falcon 9 rockets that the inventor, prone to being a troll, called a “nuclear alien UFO from North Korea.”

Some believed it was a meteorite, others a UFO, but the fireball spotted over Canada in November 2017 turned out to be the body of the Antares rocket burning, re-entering the Earth’s atmosphere.

According to the Russian Defense Ministry, it was the trace of four rockets test-launched by the Russian military earlier in the day; the plume of the missiles’ exhaust coincided with light from the Sun’s rays and produced the light orb.

People have repeatedly reported mysterious flying objects in the sky in the Russian city of Voronezh in 1989; the incident was allegedly witnessed by a group of children, civil servants, engineers, policemen, etc. Children, in particular, claimed they saw a small ball in the park, which transformed into a disc and landed near them; the group of kids reported a “three-eyed alien” and a robot exiting the object. Some ufologists considered this incident as mass hypnosis.