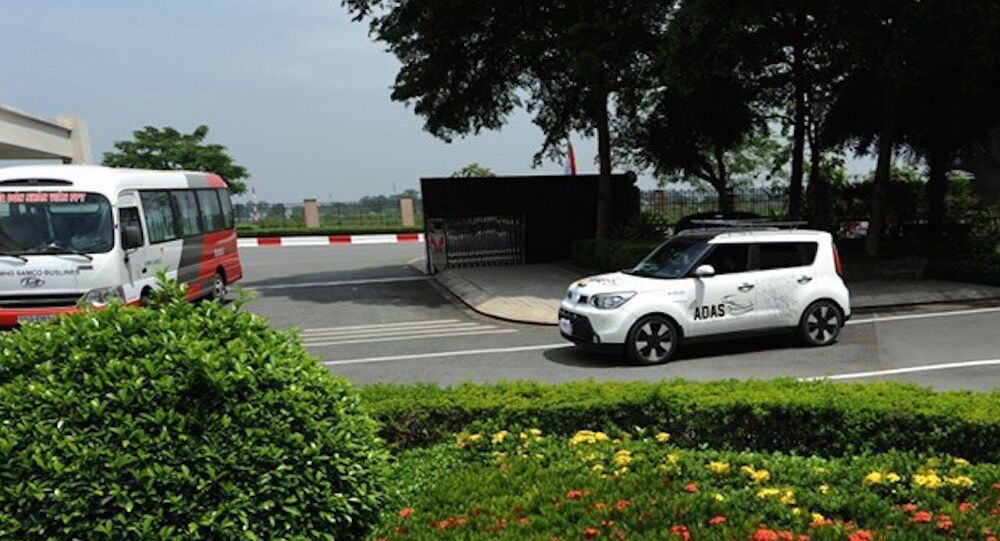 Self-driving cars are a rapidly developing technology, which only a few years ago was still considered science fiction. Although the first prototypes of autonomous cars appeared in the US in the 1980s it became popular only a few years ago and now about 20 companies across Europe, Asia and America are developing driverless cars.

Vietnam has joined the league of countries that are developing software for unmanned vehicles and demonstrating a high level of scientific and IT technological developments.

FPT Software, a division of the largest Vietnamese IT company, FPT Corporation, which has offices in 21 countries around the world, began developing software for an unmanned vehicle since early 2017 and has recently successfully tested it.

FPT Software's representative in an interview with Sputnik spoke about this new car and the technology behind it.

"There is this central processing unit NVIDIA Jetson TX2 for image processing and machine learning, a high-performance ZED stereo camera, Velodyne Lidar laser transceivers for detecting objects around the car up to 100 m. The Arduino UNO controller is used to control the rudder, throttle and braking,” the representative told Sputnik.

She further said that when developing the car, deep training technology was used, which basically analyzes the driver's behavior in various situations on the road and the state of various car systems: steering wheel angle, pedal position, brakes, etc.

“This data is then entered into the computer, and on its basis it will drive the car. The Vietnamese car will correspond to the second level of autonomy according to the classification of the Society of Automotive Engineers,” she said.

According to the engineer this implies automatic control of acceleration, braking and taxiing, but the driver is obliged to monitor and react in the event of erroneous system actions. FPT Software is presently able to develop autonomous vehicles that are able to travel around 40 kph or more on city streets, but so far tests have only been carried out on the company’s territory.

Currently there are fewer cars on the streets of Vietnamese cities than there are motorcycles, but their number is growing rapidly with the growth of the middle class; automotive cars may soon displace motorcycles and mopeds.

As studies show, the use of such cars could reduce road accidents by 80 percent and increase the road’s capacity by 2.5 times while significantly reducing congestion.

Although there are many unresolved problems in the field of unmanned vehicles, this mode of transport has many advantages in economic and social aspects, and Vietnam intends to use all of these advantages.