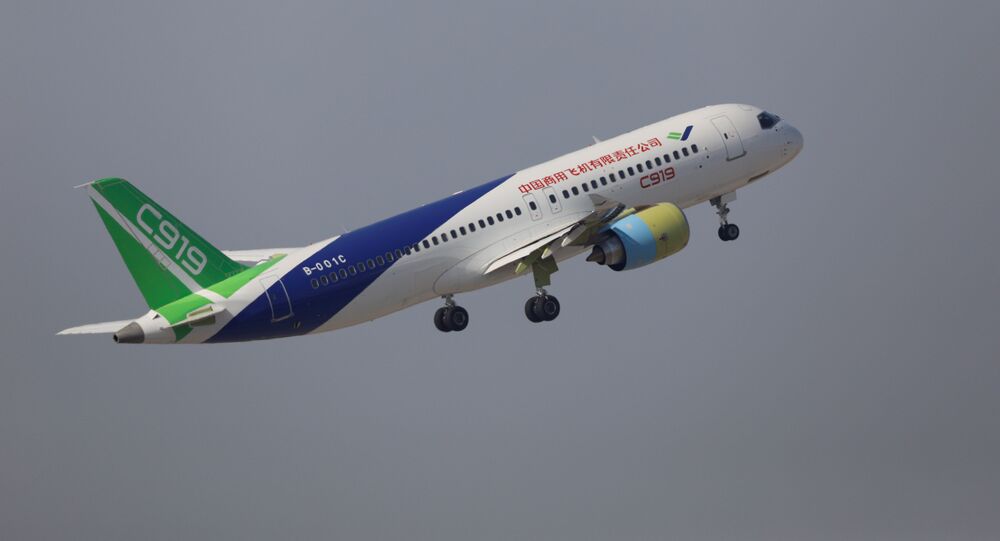 China has moved a step closer to its ambitious multi-trillion dollar plan to penetrate the global passenger jet market.

“The test flight lasted for around two hours during which performance of the plane’s major systems and equipments like taking-off and landing, navigation and communication, speed acceleration and deceleration were tested,” Xinhua News Agency reported.

© REUTERS / Master Sgt. Kevin J. Gruenwald
China Tests New Terahertz Radiation Radar That Could Detect Stealth Jets
The C919 jet is a narrow-body aircraft set to compete with the single-aisle planes of Boeing’s 737 and the Airbus A320.

It was manufactured by the Commercial Aircraft Corp of China Ltd (COMAC), which called the flight a milestone, as it will allow the plane to move into an airworthiness certification phase.

The aviation company plans to manufacture six C919 jets for flight testing, and it also plans to conduct more than 1,000 tests.

The manufacturers plan to obtain certification from Chinese regulators as well as Europe’s aviation safety regulator in April of next year.