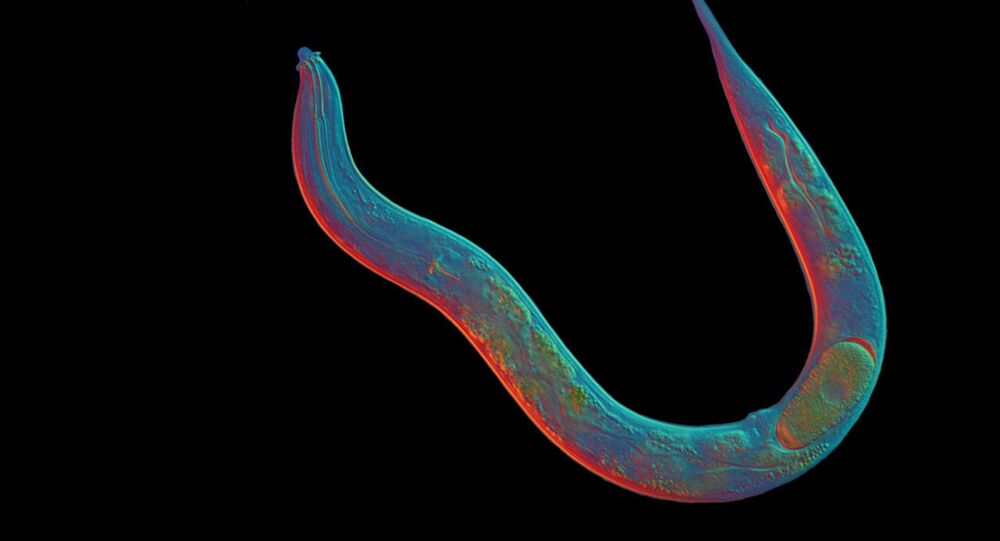 A team of scientists has sequenced the genome of a worm belonging to a group of asexual species originating millions of years ago. Surprisingly, the study revealed that it has managed to survive and adapt since it keeps a unique mix of genes that has not been affected by sexual reproduction.

The tiny roundworm, Diploscapter pachys, has a lineage going back approximately 18 million years and is closely related to the Caenorhabditis elegans, an organism widely used in biomedical research. However, unlike C. elegans, D. pachys is asexual.

"Scientists have been trying to understand how some animals can survive for millions of years without sex because such strict, long-term abstinence is very rare in the animal world," one of the authors of the study, Professor David Fitch from New York University, was quoted as saying by Science Daily.

© CC0
The Secret of Junk DNA: Study Confirms Human Genome is 'Product of Evolution'
According the professor, such a phenomenon contradicts the widely accepted believe that sexual reproduction is required to eliminate detrimental mutations and to adapt to a changing environment.

Inheriting copies of both parents’ genes provides protection against deleterious mutations in the short-run and allows for successful adaptation in the long-run because it produces genome variations through recombination. As for asexual species, such reshuffling does not occur and as a result they tend to rapidly become extinct. The recent study has shed light on how some asexual animals have survived for many generations, according to Fitch.

Having examined how D. pachys reproduces, the research team found that the process of producing germ cells had been modified to prevent recombination that results from sexual reproduction.

© Photo : Durkin et al. / Science of Nature 2017
Biologists Discover the Most Long-Lived Creature on Earth
"Basically, the animals were cloning themselves," Fitch explained.

What is even more interesting, researchers have found that D. pachys had a single pair of chromosomes while its close relatives usually have five to seven chromosomes. D. pachys fuses the sex chromosomes of its ancestor into a single chain, avoiding the recombination of genes. This is why  offspring maintain the genetic diversity of the parents, according to the study.

"Thus, the mystery of its longevity seems largely resolved: D. pachys overcomes the disadvantages of asexual reproduction by maintaining genetic variation…. If there were [recombination of genes], the differences between the gene copies might be lost," Fitch said.