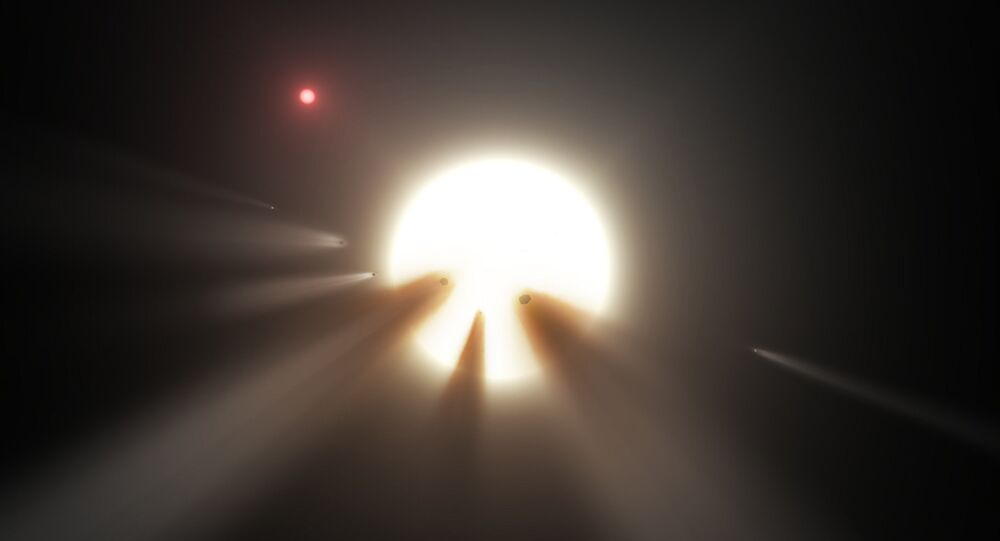 For four decades, the so-called “Wow! Signal” has captured the imagination of astronomers and enthusiasts alike. A bizarre radio signal from outer space, Wow! has been brought back into the conversation by a controversial new paper suggesting that the signal came from a particularly bright comet.

Forty years ago, Ohio State University (OSU) astronomers using the "Big Ear" telescope detected a space radio signal. The signal was unusually intense and on a narrow bandwidth, which usually would indicate a radio signal of artificial origins. It was so weird and unexplainable that discoverer Jerry Ehman marked the print-out of the data with a "Wow!" in red pen, and thus the signal had its name.

Researchers have been interested in the curious signal ever since. So have conspiracy theorists, from those who believe it may be a phantom signal from a spy satellite to those combing the stars for signs of extraterrestrial life.

The new paper comes from Antonio Paris, an astronomer at St. Petersburg College in Florida. He wrote that the signal detected back in 1977 matched the then-location of the comet 266P/Christensen, which astronomers didn't discover until 2006. Paris identified another asteroid, P/2008 Y Gibbs, that might also have been the source of the radio waves.

But do the other facts jive? Paris says yes; some other astronomers say no. For instance, the signal was emitted from an unusual frequency, the 1,420 megahertz range. Paris claims that his simulations show that comets can emit in that range, but senior SETI Institute astronomer Seth Shostak begs to differ.

"I don't think anyone ever found such emission from comets," Shostak told Live Science. The 1,420-MHz range usually emits from hydrogen clouds in space, and comets shouldn't be able to produce enough hydrogen to produce so intense a signal as Wow! "The comet hypothesis, in my opinion, doesn't work."

Shostak also mentioned comments from Robert Dixon, then the OSU observatory director, who claimed that the comets cited didn't intersect with the telescope's sight lines.

University of Toronto radio astronomer Yvette Cenes also took umbrage with Paris' finds, criticizing his methods and conclusions. According to Cenes, no radio astronomer would draw the same conclusions Paris did. "[The brightness Paris suggested for the comets] would be insanely bright for a comet," she posted on reddit. "How bright, you ask? Well the brightest comet in radio in recent memory was Hale-Bopp, and this would have to be 10-100 million times more active. You sure as hell are going to have to explain to me why you think this random-ass comet is so radio bright to make me think that signal is genuinely from it. Does the paper address that? Nope."

Jerry Ehman is also skeptical. "We do not believe the two-comets theory can explain the Wow! signal," Ehman told Live Science. He pointed out two major flaws in the theory that the signal emitted from a comet: it wasn't a repeating signal, and it was a very brief signal.

"We should have seen the source come through twice in about three minutes: one response lasting 72 seconds and a second response for 72 seconds following within about a minute and a half," Ehman said. "We didn't see the second one." Comets are surrounded by large clouds of gas that could emit a radio signal, but it would be a continuous and repeating one, not a brief, singular one.

Ehman's own theory is that it was the remnant of a fast radio burst (FRB), a milliseconds-long burst of radio waves that release supernova-levels of power. Nobody is sure where they come from either (and yes, aliens are one of the theories) but the leading thought is that they are created during cataclysms like a stellar collision or a very powerful neutron star.

It is also possible that the "Big Ear" telescope that detected Wow! In the 1970s was simply suffering from a glitch that caused it to spot a phantom signal.