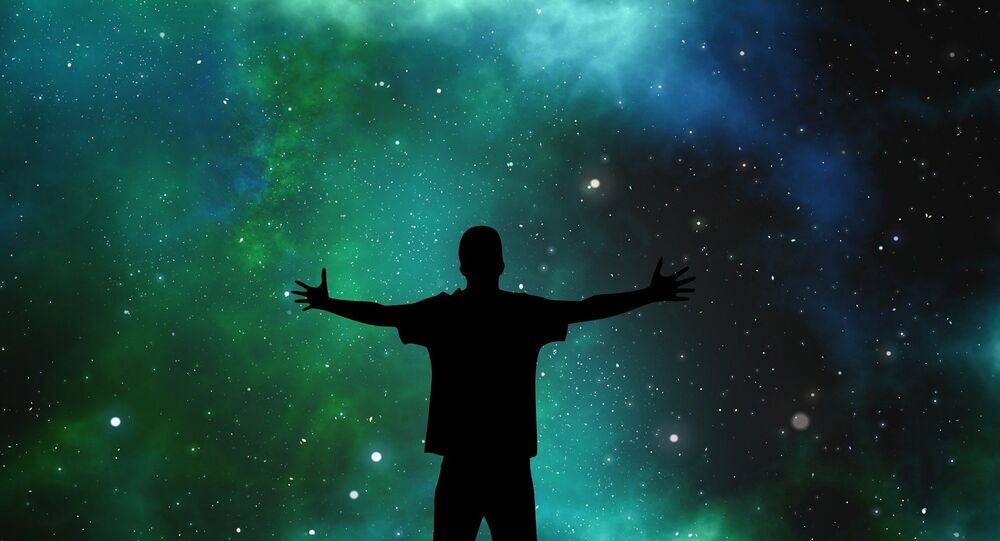 An international group of astronomers have developed a way to detect the ultraviolet (UV) background of the Universe - and the lead researcher on the project has told Sputnik the "exciting" discovery may help explain why there are so few small galaxies in the cosmos, solving the enduring "dwarf galaxy dilemma" in the process.

According to cosmological simulations, there should far more small galaxies in the universe than the ones currently observable by mankind. This is known as the "dwarf galaxies dilemma" — a problem science has struggled to resolve for some time.

Now however, an international team of researchers, led by Dr. Michele Fumagalli of the Institute for Computational Cosmology and Centre for Extragalactic Astronomy at Durham University, believe they may have disentangled the quandary.

"The universe is full of comprised of dark matter, which is invisible, although we can use computer simulations to postulate how it behaves with some accuracy. However, when simulating how dark matter is distributed across the universe, a problem emerges —  there seem to be enough observed normal-sized galaxies to account for dark matter's distribution, but the number of small galaxies is much lower than simulations suggest there should be," Dr. Fumagalli told Sputnik.

#Space: a #meteor flashing through the #MilkyWay. #GoodMorning!https://t.co/9pty6ccZtu via @apod pic.twitter.com/3XdVn49Nk6

To illustrate this contradiction, the group of galaxies that includes the Milky Way (the "Local Group") is home to 54 galaxies, of which 38 are dwarves. However simulations suggest there should be around 500.

A number of resolutions to this apparent contradiction have been offered, most popular being that dwarf galaxies are merged into larger galaxies, and/or smaller galaxies are often invisible as they have few if any stars, and thus do not attract enough baryonic matter to create light. Both theories by definition rely primarily on conjecture and hypothesis — although Dr. Fumagalli's team believes their findings validate the latter theory.

© Photo : M. Fumagalli/T. Theuns/S. Berry
UGC 7321 starlight: Colour image of the starlight emitted by a nearby spiral galaxy called UGC 7321. Stars in this galaxy lie in a disc, similar to that of our Galaxy, the Milky Way. We see this disc nearly perfectly edge-on. Other sources in the image are foreground or background objects (galaxies and stars), unrelated to galaxy UGC 7321.

In a paper, they outline how they minted a new means of measuring the evolution of the universe's UV light background through cosmic time, mapping how and when it suppresses the formation of small galaxies.

"Massive stars and supermassive black holes produce huge amounts of ultraviolet radiation, and their combined radiation builds up a UV background. This light can warm up surrounding gases, but if they get too warm, they can't condense and form new stars — this might have stopped these small galaxies from forming lots of stars, meaning they are too dark for us to see, which is why there seems to be so few small galaxies," Dr. Fumagalli continued.

Galaxies, especially young ones, are brimming with hydrogen gas, which absorbs UV light and then reemits it in visible light detectable from Earth. By measuring this light, the team estimates the total UV background of the universe.

The team tested their technique on galaxy UGC 7321, located 30 million light-years away from Earth. They detected fluorescent glow and established a value for the UV background, which was consistent with other estimates achieved via different methods.

While the team's findings may seem to some to be minor, Dr. Fumagalli makes clear that the paper could well have seismic implications.

"Our research gives us the ability to measure and map UV radiation, which will help further refine models of galaxy formation — and it will allow astronomers to correct their models of the Universe, and make much more accurate predictions — and simulations — as result. This could significantly enhance our understanding of the universe," he concluded.