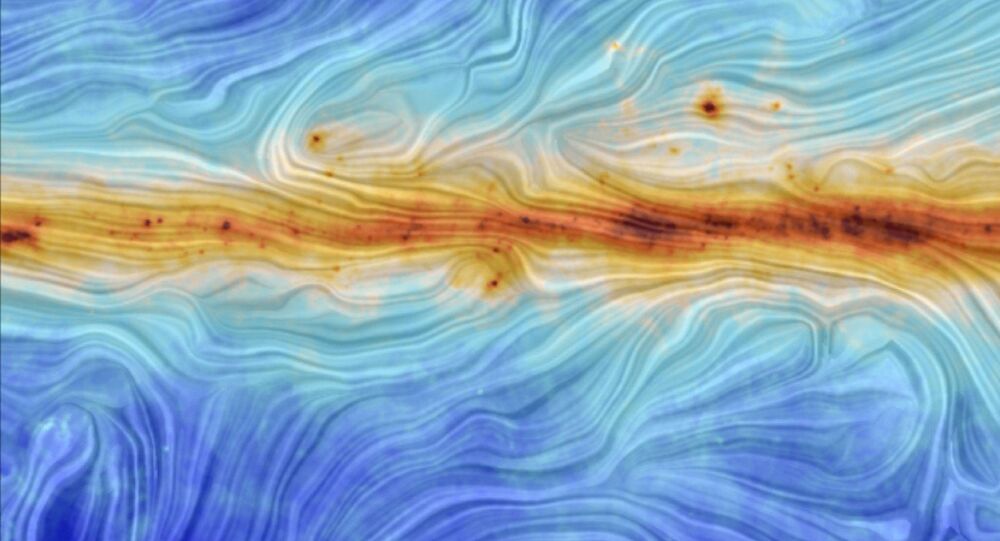 A new study from the Max Planck Institute has found a magnetic field millions of light years in length – by far the largest of any such field ever discovered. It is 28 to 60 times the size of the Milky Way Galaxy.

"We discovered the so-far largest ordered magnetic fields in the universe, extending over 5 to 6 million light years," study lead author and PhD student Maja Kierdorf from the Max Planck Institute of Radio Astronomy said in a statement.

It is difficult to express how massive that is. The Milky Way Galaxy is between 100,000 and 180,000 light years in diameter. Only one galaxy ever discovered, the supermassive IC 1101 a billion light years from Earth, can match this magnetic field in enormity.

The observations were made using the Effelsberg 100-m Radio Telescope in North Rhine-Westphalia, Germany. The magnetic field was created by the collision of two galaxy clusters, which are exactly what they sound like: gravity-bound clusters of hundreds or thousands of galaxies.

You may be imagining thousands of stars colliding at once, but a galaxy cluster collision event actually sees gas, dust, and charged particles hitting one another.

Effelsberg detected the presence of "relics," arcs of hot gas and magnetic fields created by the collision of charged particles when two galaxy clusters meet. These relics stretched across four galaxy clusters, implying that all four had collided at some point in the past.

"Single-dish telescopes are ideal tools to confirm relic candidates and search for new relic candidates," wrote the Max Planck team in their paper, which was published in the journal Astronomy & Astrophysics.