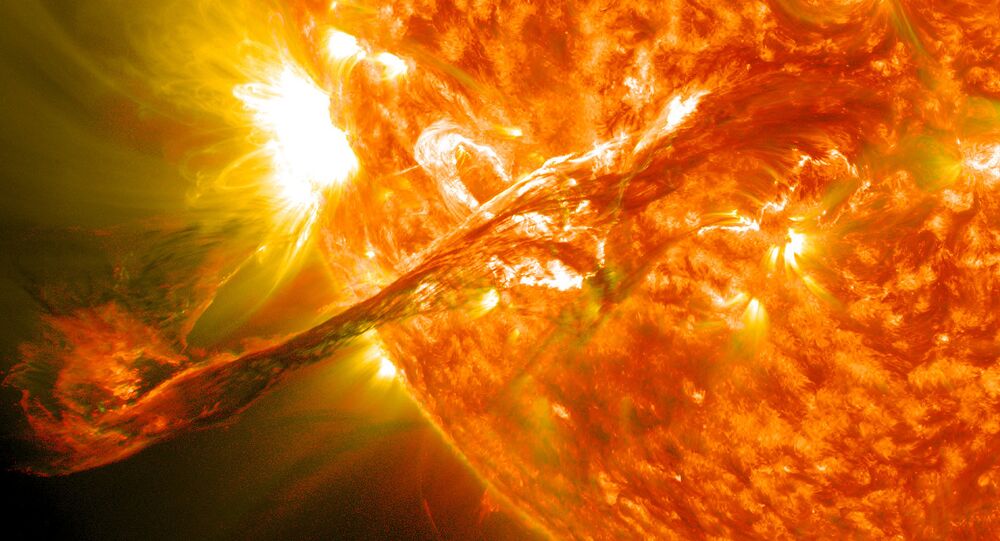 NASA is preparing to launch a probe that will come closer to the Sun than any other man-made object in history, experiencing unimaginable heat and radiation to learn more about the solar winds that may someday threaten the planet.

The Sun is surrounded by a bubble of superheated plasma known as the "corona." The corona's plasma regularly flares outward in spikes of high-energy particles known as solar wind.

A solar wind can wreak havoc with electrical grids if it strikes the Earth. The largest storm on record is the 1859 Carrington Event, which shut off telegram machines on two continents. Nearly 160 years later, mankind is far more reliant on electricity. In 2013, Atmospheric Environmental estimated that a solar storm of the magnitude of the Carrington Event would cause as much as $2.6 trillion of damage in the United States alone. Power could be lost for months, or even years.

A solar wind catastrophe could only be mitigated if human instruments were able to predict it well in advance, and so NASA proposed the mission. Solar Probe Plus was built by Johns Hopkins University Applied Physics Laboratory.

The Solar Probe Plus is scheduled to launch in 2018 and travel 87 million miles to come within 4 million miles of the sun, experiencing temperatures of 2,500 Fahrenheit. When it reaches its top speed of 450,000 mph, it will also become the fastest man-made object to date, tripling the speed of NASA's Juno spacecraft.

To protect Solar Probe Plus from intense heat, NASA installed a 4.5-inch carbon heat shield, as well as heat tubes known as thermal radiators. If they work properly, the thermal radiators will deflect even the extreme heat of our star from the sensitive instruments inside.

"In order to unlock the mysteries of the corona, but also to protect a society that is increasingly dependent on technology from the threats of space weather, we will send Solar Probe Plus to touch the Sun," NASA said in a gloriously-worded statement. "The primary science goals for the mission are to trace the flow of energy and understand the heating of the solar corona and to explore what accelerates the solar wind.

In addition to bettering humanity's understanding of solar storms, NASA also hopes to solve one of the most compelling mysteries of our star. The Sun's surface burns at about 10,000 degrees Fahrenheit, which is pretty hot by human standards, but nothing when compared to star with an atmosphere of 3.5 million degrees.

"You'd think the farther away you get from a heat source, you'd get colder," Eric Christian, a scientist with NASA's Goddard Space Flight Center, told LiveScience.com. "Why the atmosphere is hotter than the surface is a big puzzle." Solar Probe Plus may provide answers to this mystery.