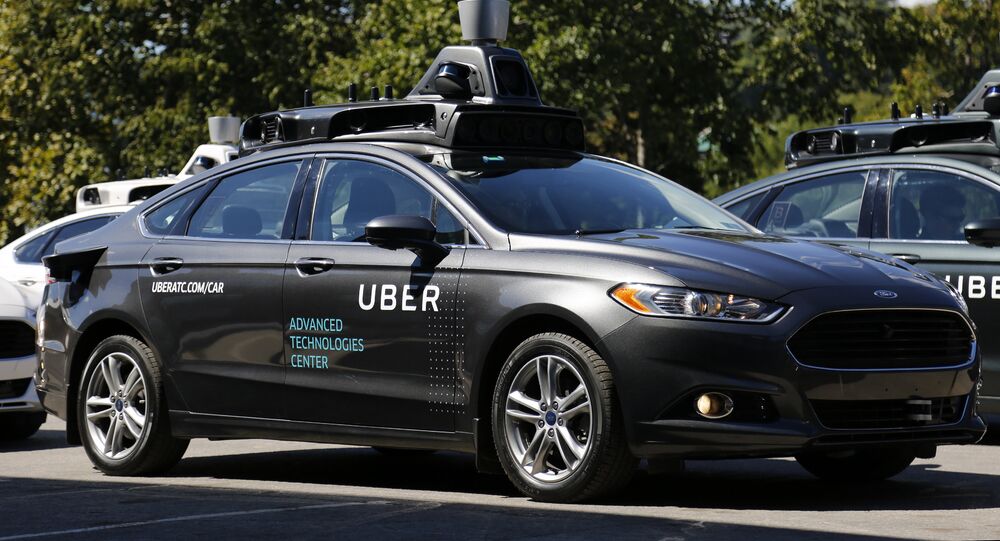 The race toward self-driving cars is making a pitstop into the world of corporate intrigue. Waymo, the autonomous car startup founded by Google parent company Alphabet, has accused Uber of stealing proprietary technology, in what could be the American corporate legal battle of 2017.

Waymo alleges that Anthony Levandowski, a former Google employee, downloaded some 14,000 files from Waymo servers. He then resigned from Google and used the stolen information to launch a self-driving truck startup named Otto, according to court documents. Uber acquired Otto, and put Levandowski in charge of the rideshare company's autonomous-vehicle research division.

The suit, filed on Thursday in California's Northern District, claims that Uber violated Waymo's trade secrets and infringed on their patents. Waymo made almost all of the details of the suit public in a post on Medium. "Misappropriating this technology is akin to stealing a secret recipe from a beverage company," they wrote.

"Otto and Uber have taken Waymo's intellectual property so that they could avoid incurring the risk, time, and expense of independently developing their own technology… Ultimately, this calculated theft reportedly netted Otto employees over half a billion dollars and allowed Uber to revive a stalled program, all at Waymo's expense." Waymo's lawyers claim that the company suffered $500 million in damages as a result.

Waymo's lawyers also claim that, among other thefts, Levandowski stole the plans to their Lidar technology. Lidar is the rotating bucket-shaped device atop self-driving cars, which uses lasers to map the area around the car in real time.

The Waymo suit describes Levandowski as a "former manager," but many consider him a leading mind behind autonomous vehicles. He claims to have persuaded Alphabet founders Larry Page and Sergey Brin to begin a self-driving car initiative in 2009, and performed pioneering work on the Lidar technology.

"We did not steal any Google IP," Levadowski told Forbes in October 2016. "Just want to make sure, super clear on that. We built everything from scratch and we have all of the logs to make that—just to be super clear."

Uber could lose more than money if the suit goes against them. "I would be very surprised if there wasn't a full criminal investigation behind this," said Chris Swecker, who served as assistant director of the FBI from 2004-2006 and now works as an attorney specializing in corporate espionage and cybercrime.

"We take the allegations made against Otto and Uber employees seriously and we will review this matter carefully," Uber said in a statement.

It has been a bad few months for Uber. Their attempts to skirt regulations regarding self-driving cars in California got them kicked out of the state, and they were the subject of an online boycott after CEO Travis Kalanick served on President Trump's economic advisory council. Most recently, a former employee claimed to have faced sexual harassment and discrimination while employed there.

In 2013, Google Ventures invested $258 million into the fledgling Uber. Now worth an estimated $70 billion, Uber broke away from their former investor by announcing their entry into the world of self-driving vehicles in 2015. Google, which has spearheaded the charge toward vehicular autonomy, was not pleased.

Uber may be new to the self-driving car scene, but they have already made a name for themselves, launching a successful, if small-scale, pilot program for autonomous taxis in Pittsburgh, Pennsylvania, in 2016.

Unlike other companies angling to be the first to produce commercially-viable autonomous vehicles, Uber's very existence depends upon them being at the forefront of the advancing technology. There will remain a market for human-operated vehicles for the foreseeable future, but a ridesharing company like Uber might be driven out of business if another company can offer taxi services at a fraction of their price.

US Software Company Reopens Lawsuit Against Google Over Android System

'Many More Cases to Come': Court Says Google Must Give Up Overseas Personal Data