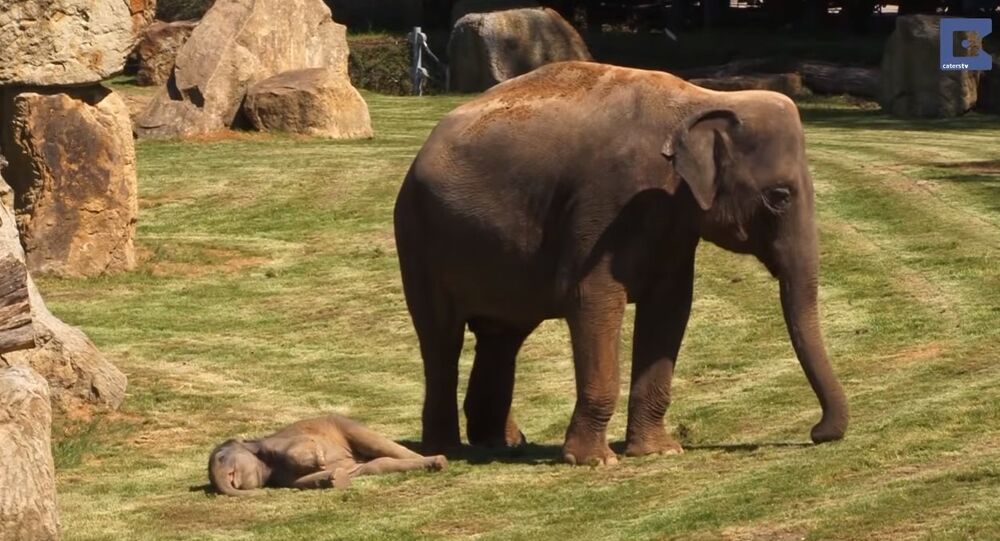 A team of scientists led by Dr. Joshua Schiffman has successfully synthesized an elephant protein that, in the lab, fights cancer with outstanding effectiveness.

© Wikipedia / Jim.henderson
Cancer Death Rate in US Down 25% Since 1991 Peak
Dr. Joshua Schiffman, a physician and scientist with the Huntsman Cancer Institute, believes that large mammals, such as elephants and whales, are the key to curing cancer. The idea behind his research is simple: if a cancer is one cell abruptly gone mad, than animals with more cells in their bodies should have a higher chance of developing cancer that those with less cells. If whales had the same probability of developing cancer as humans, then their bodies, containing up to 1000 times the cells of a human, must be doomed from birth. This does not happen, as whales can live up to two hundred years. Some elephants live about 60 years, and their bodies contain about 100 times the cells that a human does. Scientists refer to this effect as Peto's Paradox.

Several years ago, Schiffman realized that a key to cancer resistance in large mammals is in their blood. In particular, a protein called P53 and a corresponding gene called TP53. P53 is responsible for checking DNA integrity and terminating the reproduction of cells that have damaged DNA. For this, the scientists nicknamed the protein "the guardian of the genome."

The P53 protein is found in every species of mammal. Humans, however, and the bodies of smaller mammals, have only one extra copy of TP53 in their genetic code, and that copy can be damaged, or undergo mutation, relatively easily. Oncology studies indicate that in more than 50 percent of human cancers, the TP53 gene is damaged and no longer functions.

By contrast, bodies of elephants have up 20 copies of the same gene. and the genetic markers are much harder to damage. Even if several copies mutate, there will be a plenty of backups to make sure damaged cells will be taken care of.

"Nature has had millions of years to figure this out," Schiffman says. "What we're doing is learning from nature."

© AP Photo / Wong Maye-E, File
‘Biological Assassin’ Cells Injected Into Brain Successfully Treats Aggressive Cancer
Interestingly, elephant proteins display much stronger properties than that of a human. While we cannot edit our DNA to get ourselves additional copies of TP53, we could infuse our bodies with extra proteins. And this year, Schiffman's team has produced a synthetic P53 protein that, in theory, could be transferred into the human system, according to media reports. Those proteins were tested in a dish with human cancer cells, and the result of the test was astonishing.

"What we've found is that the cancer cells are all dying very quickly when they're exposed to this elephant cancer protein," Schiffman said. "It is remarkable. The lab is so excited."

"It was probably one of the most thrilling experiences I've ever had as my career in medicine," he added.

Now that Schiffman feels that he is going in the right direction, his team looks forward to testing the synthesized protein on mice. To do that, he turned to Dr. Avi Schroeder, an Israeli scientist, who figured out a way to infuse human bodies with proteins, as if they were common medicine.

If everything goes well, then the P53 protein could be tested on humans in about three years, Schiffman says.

"I can tell you that one person with cancer is one person too many, whether it's a child or an adult," Schiffman said. "We are working as hard and as fast as we can to see if there's a way to translate this discovery to start helping people."

Revolutionary Machine Identifies Cancer, Other Diseases from a Single Breath