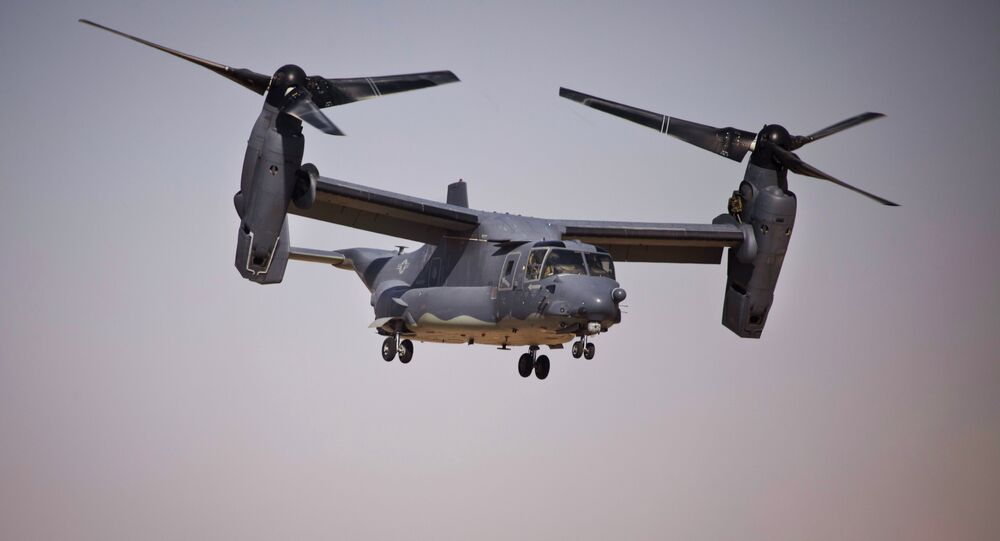 British defense firm Cobham Plc announced that it was awarded a contract by a joint venture between Bell Helicopter and Boeing to develop a refueling pallet built on a US Marine Corps’ MV-22B Osprey tilt-rotor aircraft airframe.

© Sputnik / Anton Denisov
Russia Ready to Deliver Six MiG-29 Fighter Jets to Serbia
According to details of the announcement, the V-22 Aerial Refueling System (VARS) will be based on the company's existing FR300 Hose Drum Unit, the first version of which was developed in the 1960s.

The roll-on/roll-off technique will give US Marines the ability to refuel F-35B Joint Strike Fighters and F/A-18 Hornets in flight, thus extending the combat planes' flying range and improving efficiency.

The modified version requires improvements that will allow for the aircraft's ramp door to open and close while the hose is extended and retracted in multiple positions, as well as unique electrical alterations allowing it to operate in both rotary- and fixed-wing modes.

© AFP 2020 / MICHAEL W. PENDERGRASS / US NAVY
Two US Marine Corps Fighter Jets Collide Over San Diego
VARS will be developed and manufactured at the company's plant in Davenport, Iowa. Deliveries are expected to begin in 2018, upon completion of all necessary tests.

The contract for the refueling pallet comes as the military is looking at ways to cut costs for the MV-22 program, just months after the first flight of an Osprey partially manufactured with 3-D printed parts.