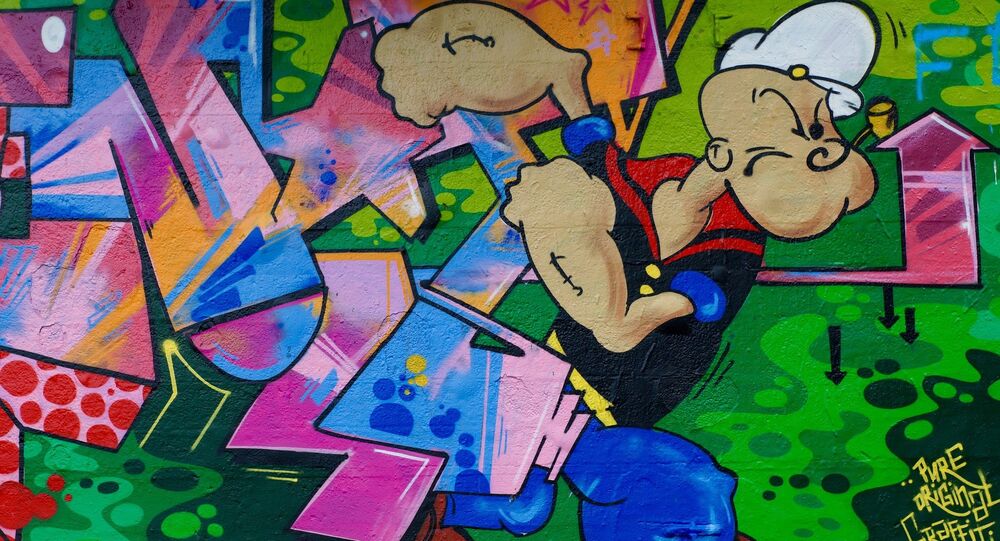 Researchers have engineered living spinach plants to be able to detect explosives and wirelessly relay information to a smartphone. The incredible discovery could be used in military applications and even monitor public spaces for terrorism-related activities.

Not just a superfood, now a sophisticated bomb detector too, the spinach plant, long espoused by classic cartoon character Popeye the Sailor Man, has gone high-tech all of a sudden.

In a bid to make the search for deadly improvised explosive devices (IEDs) and landmines more safe, scientists have looked to Mother Nature for inspiration. Researchers from the Massachusetts Institute of Technology (MIT) have implanted the leafy greens with tiny carbon nanotubes that can detect chemicals called nitro-aromatics, which are found in landmines and buried munitions.

It's one of the first demonstrations of engineering electronic systems into plants, an approach that the researchers have called "plant nanobionics."

Michael Strano, the Carbon P. Dubbs Professor of Chemical Engineering at MIT, and the leader of the research team said:

"The goal of plant nanobionics is to introduce nanoparticles into the plant to give it non-native functions. Plants are very good analytical chemists. They have an extensive root network in the soil, are constantly sampling groundwater, and have a way to self-power the transport of that water up into the leaves."

Their work was published in the journal Nature Materials.

The "bionic spinach" is placed in an area where explosives are believed to be found. After just ten minutes, the plant has time to absorb any nitro-aromatics chemicals through its roots and into its leaves, where they activate the plant's sensors.

To read the signal, the researchers shine a laser onto the leaf, prompting the nanotubes in the leaf to emit fluorescent light, which can be seen from an infrared camera. This camera is hooked to a tiny computer, called a Raspberry Pi, so scientists can received a warning that explosives may be nearby via a spinach-prompted email alert.

The potential practical applications for this development are intriguing.

Imagine if a spinach plant could give an early warning of a terrorist bomb threat. Well, incredibly, that might not be so far-fetched, according to MIT Professor Strano.

"The plants could be use for defence applications, but also to monitor public spaces for terrorism related activities, since we show both water and airborne detection," Professor Strano said.

However, it is some way off at the moment. The researchers are only able to pick up a signal from about 1 meter away from the plant, although they are working on increasing that distance.

There is also the potential of using "plant nanobionics" to monitor environmental problems, such as drought.

© Photo : Pixabay
"Plants are very environmentally responsive. They know that there is going to be a drought long before we do. They can detect small changes in the properties of soil and water potential. If we tap into those chemical signaling pathways, there is a wealth of information to access," said Professor Strano.

Not bad for a humble salad leaf.

I Spy With My Little Wi-Fi: MIT Researchers Use Tech to Peer Through Walls