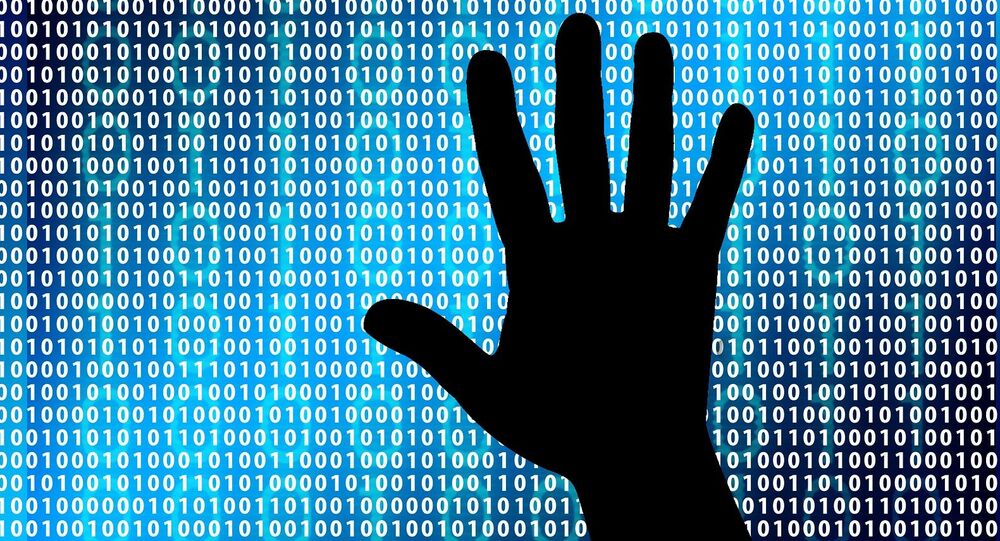 Forewarned is Forearmed: Modern Cyber Threats That Are Dangerous for Everyone

Living a high-tech life seems so comfortable and easy, but it has its consequences. Mobile banking Trojans, botnets of surveillance cameras and drone attacks – these are only the tip of the iceberg. Sputnik recalls some other potential dangers in your life you might not know about.

Fraud related to online banking and banking applications is among the threats which have already spread, and which will continue to flourish.

© CC0 / Pixabay
Turkish-Speaking Hackers Target Some 10,000 Facebook Users in Trojan Attack - Kaspersky Lab
Kaspersky Lab, one of the world's top four manufacturers of software protection solutions, claims banking trojans will continue to represent a primary financial risk for users. According to the company's report on cyber threats for the second quarter of 2016, there were 27,403 mobile banking trojans found by Kaspersky Lab products during the reporting period. The most "vulnerable" people live in Russia and Australia: these countries are in the lead in terms of the percentage of users which have been attacked by banking trojans.

There are several hundred trojan viruses in existence that take control of banks' mobile applications, SMS and phone calls. With their help, attackers can make bank transfers to their accounts from the those of their victims. Such programs can overlap the interfaces of more than 100 legitimate banking and financial applications. This means that a user can initiate and confirm financial transactions, not even noticing that something is wrong.

It isn't just online bank customers who need to keep their eyes peeled. Recently, cybercriminals have started to attack cash machines more frequently. One of the latest scandals happened in Thailand in July, when more than two dozen Government Savings Bank ATMs were infested with malware through fake bank cards. As reported by Bangkok Post, five people from Eastern Europe were involved in this theft of more than 12 million baht (US $340,032.36) in six of the country's provinces.

© AFP 2021 / TOBIAS SCHWARZ
Hackers Leave Keyless Car Owners Clueless
Once the cars got access to the Internet, another potential threat was created: a threat of remote access to the car's systems and control interception. Last year, two security researchers, Charlie Miller and Chris Valasek, were able to prove that the threat was real. The hackers remotely hijacked a Jeep Cherokee's on-board computer, and thus were able to control the car's acceleration, brakes and a number of other functions and systems.

Criminals are also able to block vehicles connected to the Internet, in order to extort money from the owners for returning access to them; ransomware has also affected computers, laptops and smartphones.

The All-Seeing Eyes of Webcams

© AFP 2021 / Chandan Khanna
Hunting the Hunter: Criminals Use CCTV Cameras to Monitor Cops
In addition to loss of control of electronic door locks and other high-tech home appliances, there are a number of other dangers. For example, even the simplest surveillance camera you install to watch your pet while no one's home can be accessed behind your back.

It is not even necessary that the intruder's plans include visually spying on you. Most commonly, smart devices become parts of botnets. Short for robot networks, botnets are made up of many software agents that are controlled remotely and often used for DDoS (distributed denial-of-service) attacks — crashing systems that belong to big companies or the government.

Video cameras are the least protected devices, which makes them an easy target for attackers. In late September, a US-based security company, Sucuri, reported on defeating a botnet attack, which consisted of 25,000 CCTV-cameras. In total, the cameras were creating up to 50 thousand HTTP-requests per second, paralyzing the work of the attacked site.

Internet-connected gadgets are used not only for attacks, but also for a number of other tasks, such as sending spam. Additionally, cameras, routers and even smart refrigerators can become a part of a botnet. The situation is exacerbated by the fact that such devices are not so easy to detect and "cure." Users are advised to update their gadgets' firmware in a timely manner and use more complex passwords.

© CC0 / Pixabay
Stuxnet, the CIA/Mossad 'Worm of the Apocalypse’ No Longer Threatens Iran
Cyberterrorism in the form of attacks on vital infrastructure facilities is also one of the most pressing threats. What's more, criminals can be backed by the whole states, as happened in the Stuxnet scandal.

Stuxnet, a malicious computer virus, is considered to be a jointly built American-Israeli cyber-weapon which was used to disrupt the Iranian nuclear project. It was created to gain control of Siemens automation systems, one of which was used in Iran's program. Stuxnet ended up destroying a thousand centrifuges for uranium enrichment.

Quadrocopters can also be a danger when used by attackers instead of suicide bombers. In theory, drone attacks can be accomplished at the airport while planes are taking off, or on hazardous roads.

Of course, this is not a complete list of the potential threats caused by the huge amounts of gadgets surrounding us. In fact, any system connected to the Internet can be attacked by hackers and used for their personal purposes. That is why cyber security deserves our attention in the nearest future.