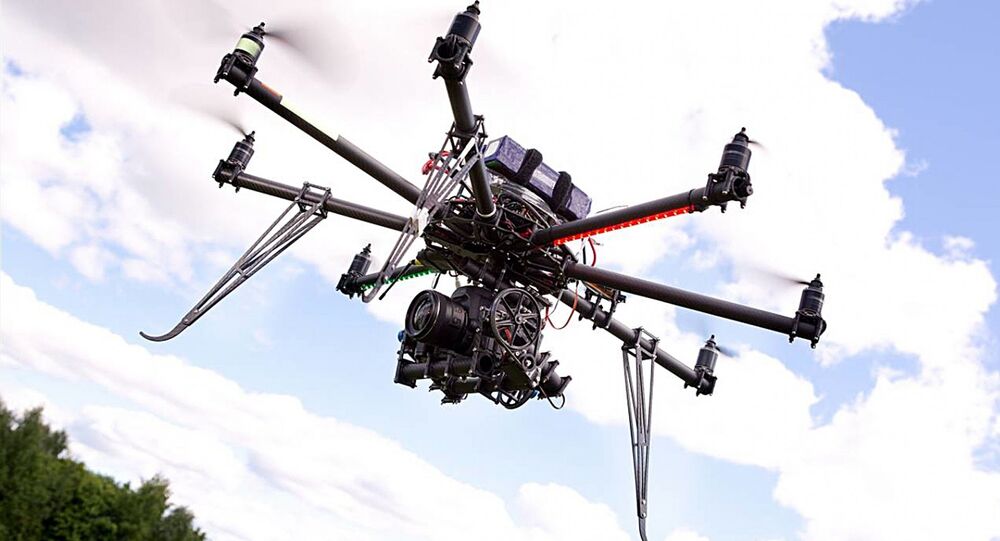 As the US government searches for new ways to defend against enemy drones, the Pentagon’s Defense Advanced Research Projects Agency (DARPA) has begun soliciting proposals for what it calls an “Aerial Dragnet.”

"…US forces will increasingly be challenged by the need to quickly detect and identify such craft – especially in urban areas, where sight lines are limited and many objects may be moving at similar speeds," a media release from the agency reads.

To solve the problem, DARPA is reaching out to the private sector for the development of a "wide-area surveillance of small unmanned aerial systems in urban terrain on a city-wide scale."

"Proposals are solicited for a scalable network of sensors on aerial platforms performing threat-agnostic UAS detection, classification, and tracking by looking over and into complex terrain."

Dubbed the “Aerial Dragnet” program, the system will likely be used to protect both military units in the field and metropolitan areas from "UAS-enabled terrorist threats."

"Commercial websites currently exist that display in real time the tracks of relatively high and fast aircraft – from small general aviation planes to large airliners – all overlaid on geographical maps as they fly around the country and the world," DARPA program manager Jeff Krolik said, according to the press statement.

A number of proposals have been made for defending against errant drones in recent years. The Pentagon has experimented with energy weapons that can zap UAVs out of the sky. One such system is currently installed aboard the USS Ponce.

"These provide a fully integrated threat detection, identification and tracking capability which enables Falcon Shield to operate in environments that range from wide area through to high-clutter, 'urban canyons.'"