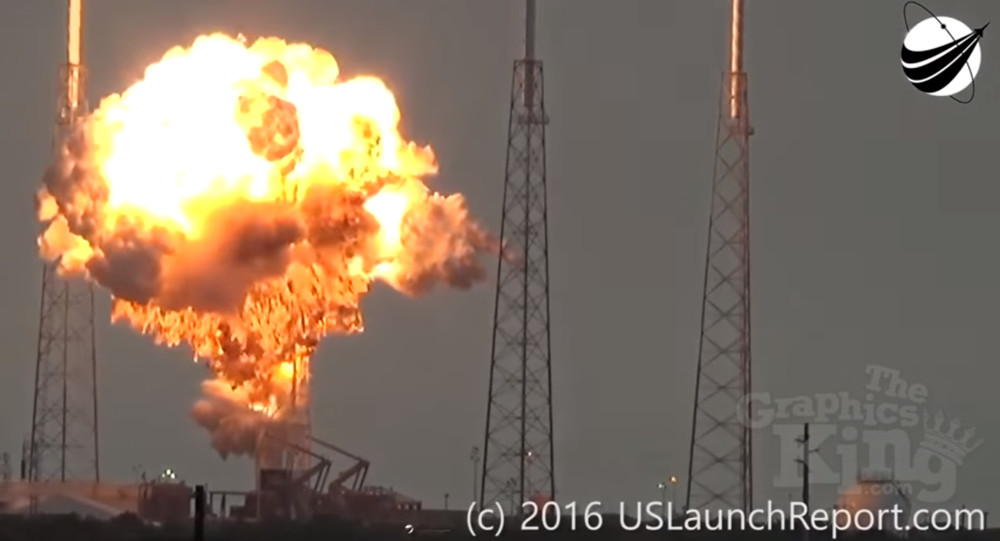 Alien enthusiasts concoct a novel conspiracy theory that space alien lasers struck the ill-fated Space X rocket right before takeoff and point to a video that seems to show a bird flying past right before the explosion.

© REUTERS / Gretchen Ertl
Hillary’s Running Mate Concocts New Trump-Putin ‘Watergate’ Conspiracy Theory
Earlier this week Elon Musk’s Falcon 9 Space X rocket burst into flames moments before a test launch resulting in massive financial and technological loss for the company with many now questioning the safety and reliability of the private sector space program. The explosion was chalked up to a faulty rocket engine that created a spark causing the entire system to viciously explode even damaging the launchpad.

The company issued an update of its investigation on Friday saying, "We are currently in the early process of reviewing approximately 3,000 channels of telemetry and video data covering a time period of just 35 to 55 milliseconds" as part of an investigation with the Federal Aviation Administration, NASA and the US Air Force to determine the exact cause of the explosion.

Alien enthusiasts believe that they have discovered the cause of the mysterious explosion in the next generation space rocket that was planned to be incorporated into a NASA crew flight next year claiming that a mysterious UFO shot a laser beat that caused the destruction.

​These self-proclaimed UFO hunters point not only to video evidence that appears to show a bird flying over the rocket moments before the explosion, but also to Space X referring to an "anomaly" on the launch pad following an explosion – a term they think is a clear reference to space aliens.

One such alien enthusiast, after reviewing the video, dismissed the idea that the black flying object was just a bug or a bird arguing that the object must have been flying at hypersonic speed.

"If between the left tower and right tower there is at least a quarter mile and the so called bug beamed from one end to the other in 1/4 second then that bug is at least going 3,600mph minimum," said one person. "It’s not a bird, it an alien with a laser that destroyed the rocket. You can tell it is not a bird or a bug. Look at how the left tower hides the UFO behind it when you slow it down near the top. This indicates the UFO is behind the tower, not in-front of the camera lens dropping the possibility of a bug."

Not everyone is convinced that it was an alien that fired a laser beam with one YouTube commenter named Wayne Farmer questioning "which is more likely: a UFO destroys the rocket, or volatile fuels accidentally ignite during rocket fueling? UFO theorists, in this case Occam’s Razor applies."

So, are aliens preparing to eviscerate mankind (or at least inconvenience private sector space companies)? The internet is filled with people who think just that.