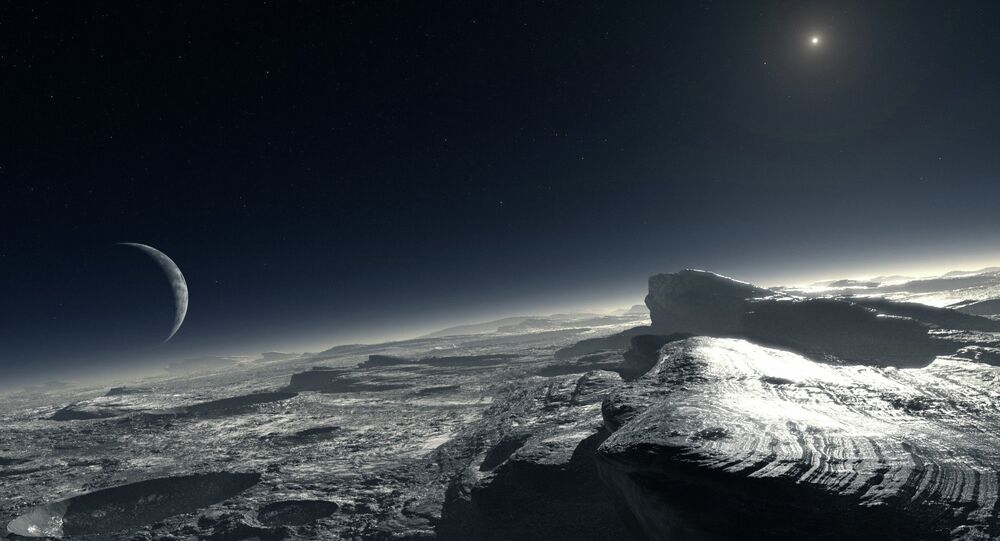 NASA’s New Horizons has provided a large amount of new details about the dwarf planet, and this may be the most exciting yet.

The New Horizons spacecraft was launched in 2006 with the goal of studying Pluto and the outer edges of our solar system. While some weren’t expecting big surprises from the dwarf planet, thinking it too small, remote, and tectonically inactive to have interesting features, Pluto has far exceeded expectations.

Close-up photos have revealed bizarre features unseen on any other planet in our system, including mountains that resemble the texture of dragon scales and what NASA describes as "coarsely 'pitted' areas of sublimating nitrogen ice." Now new research suggests that Pluto may harbor its own subterranean ocean.

"Thanks to the incredible data returned by [NASA’s New Horizons mission], we were able to observe tectonic features on Pluto’s surface [and] update our thermal evolution model with new data," Noah Hammond, a graduate student at Brown University, said in a statement.

The model indicates that one of Pluto’s unique features – canyons that stretch for hundreds of kilometers – were formed as the planet’s crust expanded.

"A subsurface ocean that was slowly freezing over would cause this kind of expansion," Hammond said.

Theoretically, as the ocean continues to freeze, it will eventually form a dense structure called "ice II." If this occurred, Pluto’s surface would show signs of compression fractures, but these are nowhere to be found.

"We don’t see the things on the surface we’d expect if there had been a global contraction," Hammond said. "So we conclude that ice II has not formed, and therefore that the ocean hasn’t completely frozen."

Nitrogen pockets on the planet’s surface could also indicate that the ocean may be relatively warm, beneath a top layer of ice.

Given Pluto’s distance from the sun, the presence of liquid water was seen as highly unlikely. But if it can happen on Pluto, sustained by high temperatures from the planet’s core, then liquid oceans could be far more common than previously thought.

"That’s amazing to me," Hammond said. "The possibility that you could have vast liquid water ocean habitats so far from the sun on Pluto – and that the same could be possible on other Kuiper Belt objects – is absolutely incredible."