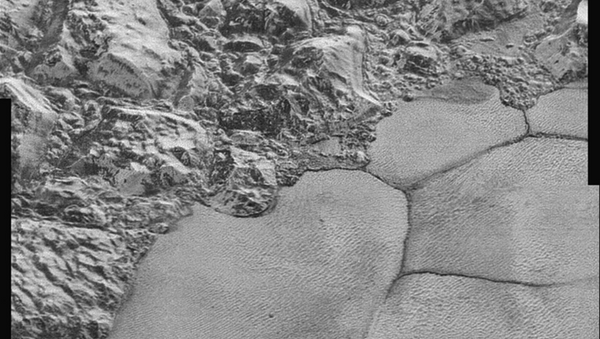 Built to capture photos of Pluto, New Horizons is currently working overtime. Launched in 2006 with a primary mission length of 9.5 years, the probe is still beaming back of photos of the distant dwarf planet.

NASA has released a new batch of images taken during a flyby last July that scientists have only now properly formatted. The high-resolution photographs provide an extremely close glimpse of what astronomers are considering to be an extremely strange celestial body.

"This new image product is just magnetic," Alan Stern, New Horizons principal investigator with the Southwest Research Institute, said in a statement. "It makes me want to go back on another mission to Pluto and get high-resolution images like these across the entire surface." 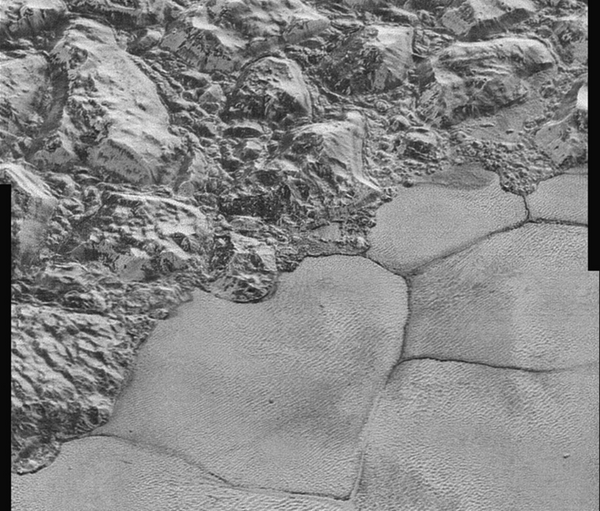 One section of the new Pluto images.
© NASA

The images were taken from a distance of roughly 9,850 miles.

Astronomers have been aware of Pluto’s surprisingly unique terrain. Earlier photographs snapped by New Horizons provided details of the Tartarus Dorsa, a rise informally known as the "snakeskin" mountains because of their scale-like texture. 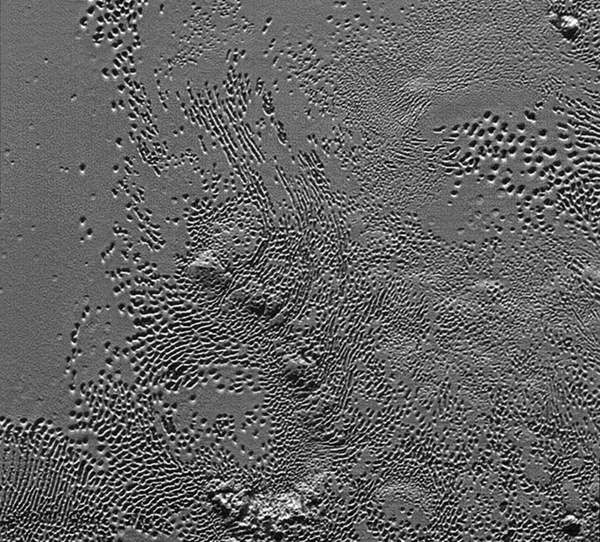 One section of the new Pluto images.
© NASA

Entering its teen years, New Horizons will continue out into space. Having achieved its goal with excellent results, the NASA probe is on its way to the Kuiper belt, where it will perform a flyby of an object known as 2014 MU69.

Roughly one billion miles beyond Pluto, this object shouldn’t expect its own closeup before January of 2019.