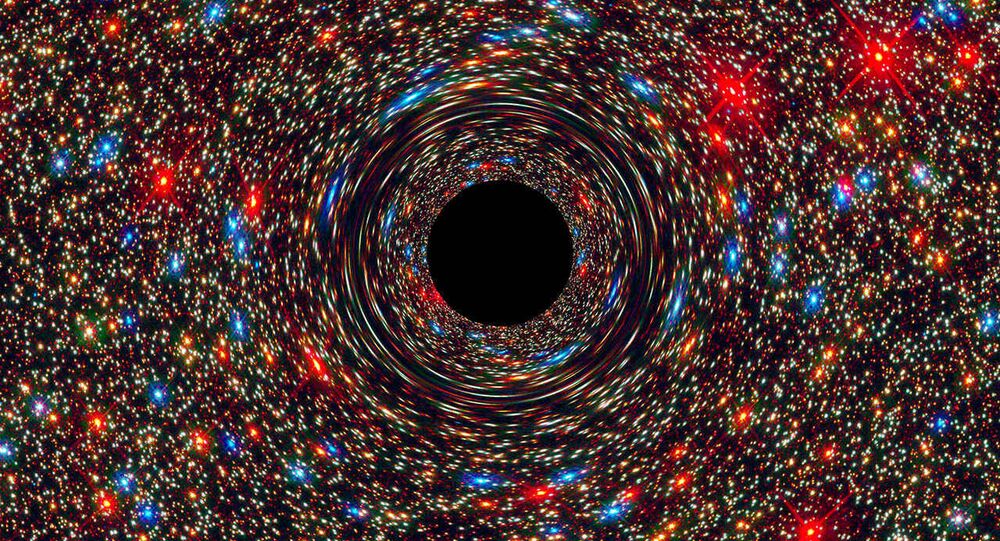 A black hole at the center of our galaxy - the Milky Way - is 25,000 light years away. To see it, you'd need a telescope the size of the Earth. That's never going to happen, is it? Well, until recently, you were more likely to get a better understand of what it actually looks like by watching "Interstellar"...

A team of astrophysicists and computer scientists are busy piecing together the first real picture of what an actual black hole looks like, thanks to a new algorithm.

"If you had a telescope the size of the Earth you could take an image of the black hole, but we only have lots of different pieces of images taken from different telescopes — so you have to fill in the blanks," Katie Bouman told Sputnik.

Bouman, a graduate from Massachusetts Institute of Technology (MIT) and a team of computer scientists from MIT's Computer Science and Artificial Intelligence Laboratory, the MIT Haystack Observatory and the Harvard Smithsonian Center for Astrophysics have created a new computer algorithm to help build a picture of the black hole.

​"There are two parts to this equation: one, finding an image that fits the data from the telescope, and two, what we expect the images to look like," Bouman explains.

"A big part is trying to create an algorithm, so an image looks like an image and fits the data well. So you basically plug in data of what images in our universe should look like."

Currently, a group of telescopes run by the Event Horizon Telescope project are processing images simultaneously from telescopes positioned all around our planet.

Using a method called Very Long Baseline Interferometry (VLBI), scientists and astronomers will sort out all the garbled images to make a coherent picture of the black hole.

"Basically, we incorporated what the images looked like into an algorithm. We took images from everywhere, including cell phones and cropped them up into a bunch of little pieces to puzzle together… The algorithm then created an image using these pieces, using corrupt data from the telescopes. It's about injecting what images look like and what image data the telescopes have," Bouman told Sputnik.

The algorithm is called Continuous High-Resolution Image Reconstruction (CHIRP) and will collate all the images from radio telescopes around the Earth. An image will be created by cleaning all the data of noise and interference.

"Once we understand how the data is collected, including the garbled images, we can account for any errors in the algorithm and create an accurate image."

Bouman, who says she is finding the project "exciting" wants to help unite the world of computer science and astrophysics. She has created a website to encourage more scientists to get involved.

"Billions of dollars go into improving the telescopes and equipment — while there is not much emphasis on the algorithm. One thing I've been trying to do for the computer science community is to encourage more cross-fertilization."

The scientists will collect the data from the Event Horizon Telescope and hope that by 2017 they'll be able to create the first real picture of a black hole.

"We'll have terabytes and terabytes of data from every telescope site transmitting to a common location and reduced down — and we'll try to image that.

"So in the next year, we should have our image of the black hole," Bouman told Sputnik.