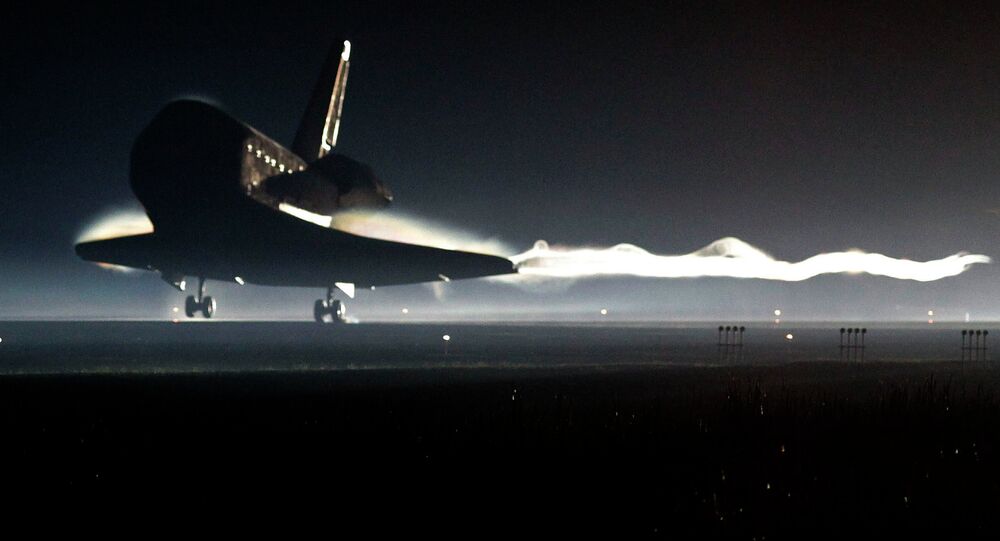 The US National Aeronautics and Space Administration (NASA) could reuse old water tanks from retired space shuttles by incorporating them into a new storage system on the International Space Station (ISS).

MOSCOW (Sputnik) – NASA’s Space Shuttle program ended in 2011, with Atlantis having been the last American shuttle to fly into space in July 2011 as part of the 135th and final US shuttle mission.

© NASA .
Russia to Send First Ever Robot-Cosmonaut to ISS

"We can confirm that we are removing the tanks from [space shuttle] Endeavour this week. They, along with the ones from space shuttle Atlantis which were removed in May 2015, could potentially be used in a new Water Storage System for the ISS," Daniel Huot from NASA’s Johnson Space Center (JSC) told RIA Novosti on Wednesday.

According to Huot, the details of the design plan which includes the old water tanks are not available as the project is still under development and it is not clear when it would be put into action. If it does happen, NASA could save a lot of money by opting out of building new tanks, Huot said.

"Using the shuttle tanks, which still have a large percentage of their design life available since they were only used for 25 missions (Endeavour) and 33 missions (Atlantis) could greatly reduce the overall cost to build the new system," Huot explained.

NASA’s shuttle is the only winged manned spacecraft to have achieved orbit and land, and the only reusable manned space vehicle that has ever made multiple flights into Earth’s orbit.

Two of the US shuttle orbiters (Challenger and Columbia) were destroyed in accidents. Discovery, Atlantis and Endeavour have been on display at US space centers.